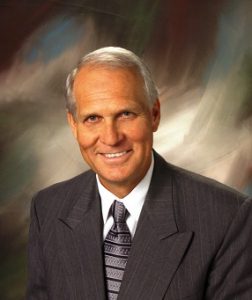 Wayne Edward Cagle, 74, Springfield, MO, went to meet His Savior on July 19, 2016. He was born July 11, 1942 to Edward and June Cagle in Tulsa, OK. He grew up in Sand Springs, OK and later Pomona, CA, graduating from Chaffey High School. He graduated from Southern California College (now Vanguard University, Costa Mesa) in 1964 where he met Judy Balliet. They married in 1965 in San Diego. The Cagles spent several years in pastoral work in So. Cal. In 1969 they applied for overseas missionary service with the Assemblies of God. They served in various capacities in missionary service—as missionary teachers in Bible schools in the Marshall Islands, Indonesia, Micronesia, and as the seminary president of Asia Pacific Theological Seminary in Baguio, Philippines. Wayne served as an Area Director for the Pacific Oceania countries for 18 years and was instrumental in church planting & training. The Cagles were with the Assemblies of God World Missions for 44 years. Wayne earned a Master’s degree in Cross-Cultural Communications from the Assemblies of God Theological Seminary in Springfield, another Masters in Theology from Fuller Theological Seminary in Pasadena, and completed a Doctor of Ministry program at AGTS in 2002.

Wayne was known as a man on a mission. His life was defined by his passion for sharing the gospel of Jesus Christ everywhere. Wayne desired to be remembered as: “He died living.” He lived a full life. He was a beloved husband, father, grandfather, friend and leader.

In lieu of flowers, the family requests for donations to be made to Asia Pacific Theological Seminary in the Philippines, c/o AGWM, 1445 Boonville Ave., Springfield, MO 65802, Account #911105 (88).