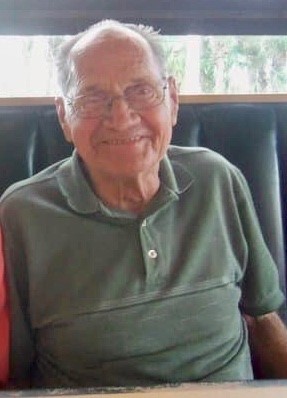 Wayne Everett Vise lived a long and fulfilling life devoted to his family and friends. He went to his heavenly home on Sunday January 26th at the age of 91 years.
He was born on December 19th, 1928 at home in Wilsonville Nebraska, and was one of seven children.
Wayne was United in marriage to Helen (Elwood) on July 14th, 1948.
From this union came two children Kathleen Anita (Vise) Glasgow and Wayne Allyn Vise.
He worked as a machinist for most of his working life, as well as doing numerous outside jobs related to farming.
Wayne and Helen were saved in 1974 and have served in the church since that time. They were also involved in several outreach ministries.
He is preceded in death by his parents, three siblings and a son-in-law, Kent Simmons.
He is survived by his wife of 71 years, Helen Vise. Two children, Kathleen Glasgow and husband Dick of Columbus KS, Allyn Vise and wife Kathy of St. Charles Mo.
Grandchildren: Staci Simmons-Smith of Nashville TN, Adam Simmons and wife Amy of Webb City Mo, Michael Vise and husband Jeremy of St Louis Mo, Brandi Bryan and husband Jason of Nixa Mo, Valery Webb and husband Brandon, and Andrew Webb.
Great Grandchildren: Jacob Simmons and wife Rhonda, Ella Simmons, Makayla Bryan, and Violet and Declan Armstrong.
Great Great Grandchildren: Brynlee and Hudson Simmons, and Savannah and Gavin Hittson.
He will be greatly missed by many who were fortunate to know and love him.

The family would like to give a special thank you to Season’s Hospice, The Second Baptist Church family and the close personal friends that have reached out and given support to the family.

The family request no flowers due to allergies.