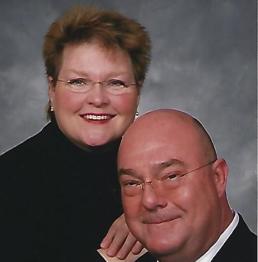 Wendell Francis Davis, age 64, went to be with the Lord on Wednesday, February 19, 2020.
He was born in Lebanon, MO on February 25, 1955. He married his best friend and childhood sweetheart in the summer of 1973. They moved to Springfield, MO, their home together for the next 35 years.
Wendell had a passion for his family, whether it was spending holidays together or traveling with his wife, Diane.
He began his career at Ford as a mechanic in Lebanon in 1973. He dedicated his career to building the success of Republic Ford and retired there as General Manager.
One of his many accomplishments was getting his pilot‚Äôs license. He enjoyed preparing his flight plans and flying over the weekends.
Wendell is survived by his daughter, Wendy and son-in-law Matt, his son Andy and daughter-in-law Angie; his beloved grandchildren, Emma, Amelia, Davis, Ella, Roman; beloved great grandchildren, Jaxson and (soon to be) Nora. He is also survived by his sister Gaylene and his brother Winston.
Services to honor Wendell will be at 1:00 pm Friday, February 28, 2020 at Greenlawn Funeral Home East with interment to follow at Rivermonte Memorial Gardens where he will be reunited with his beloved wife, Diane. Visitation will be from 6:00 to 8:00 pm Thursday, February 27, 2020 in the funeral home.