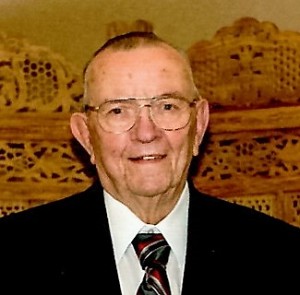 William (Bill) Ivory Good, 85, of Springfield, Missouri went to be with his Lord and Savior on January 9, 2016. He was born into the family of John and Sarah Good on June 23, 1930 in Lake City, Arkansas and born into the family of God in the summer of 1944 at the age of fourteen.
Having a heart for service, Bill proudly served both his country and his Lord. During the Korean War, he was an Interior Communication Electrician aboard the U.S.S. Paricutin. During his military service, while on leave in California, he met the love of his life, Janeen.
The couple married, Bill was honorably discharged from the Navy and they moved to Houston, Texas. After a short and successful career as a salesman in the building supply industry, he felt the call of God upon his life to full-time ministry.
Rev. Bill Good was ordained into the gospel ministry on September 13, 1971. He pastored Stallings Dr. Baptist Church in Nacogdoches, Texas for over thirteen years before moving to First Baptist Church in Greenfield, Missouri where he pastored for over twenty-five years. He was counseling young men at the Agape Boarding School for At-Risk Boys at the time of his death, serving the Lord to the end.
Rev. Good is proceeded in death by his parents, eight of his eleven siblings and his son-in-law, Joseph Hamm. He is survived by two sisters, Johnnie Faye Hurt and Sunshine Bales; a brother, Carlyle Good; his loving wife of 62 years, Janeen Good; four children and their spouses, Dan and Cherrell Nelson, James and Donna Coppock, Randy and Yvette Good and Jill Hamm; 11 grandchildren and 10 great-grandchildren.
Visitation will be on Thursday, January 14, 2016 from 6:30-8:00 p.m. and the funeral service will be on Friday, January 15, 2016 at 1:00 p.m. with Rev. Don Ivie officiating. Both services will be held at Berean Baptist Church, Springfield, Missouri.
In lieu of flowers, memorial donations may be made to Agape Boarding School, 12998 E. 1400 Rd., Stockton, MO 65785 or the missions program at Berean Baptist Church, 507 E. Norton Rd., Springfield, MO 65803.