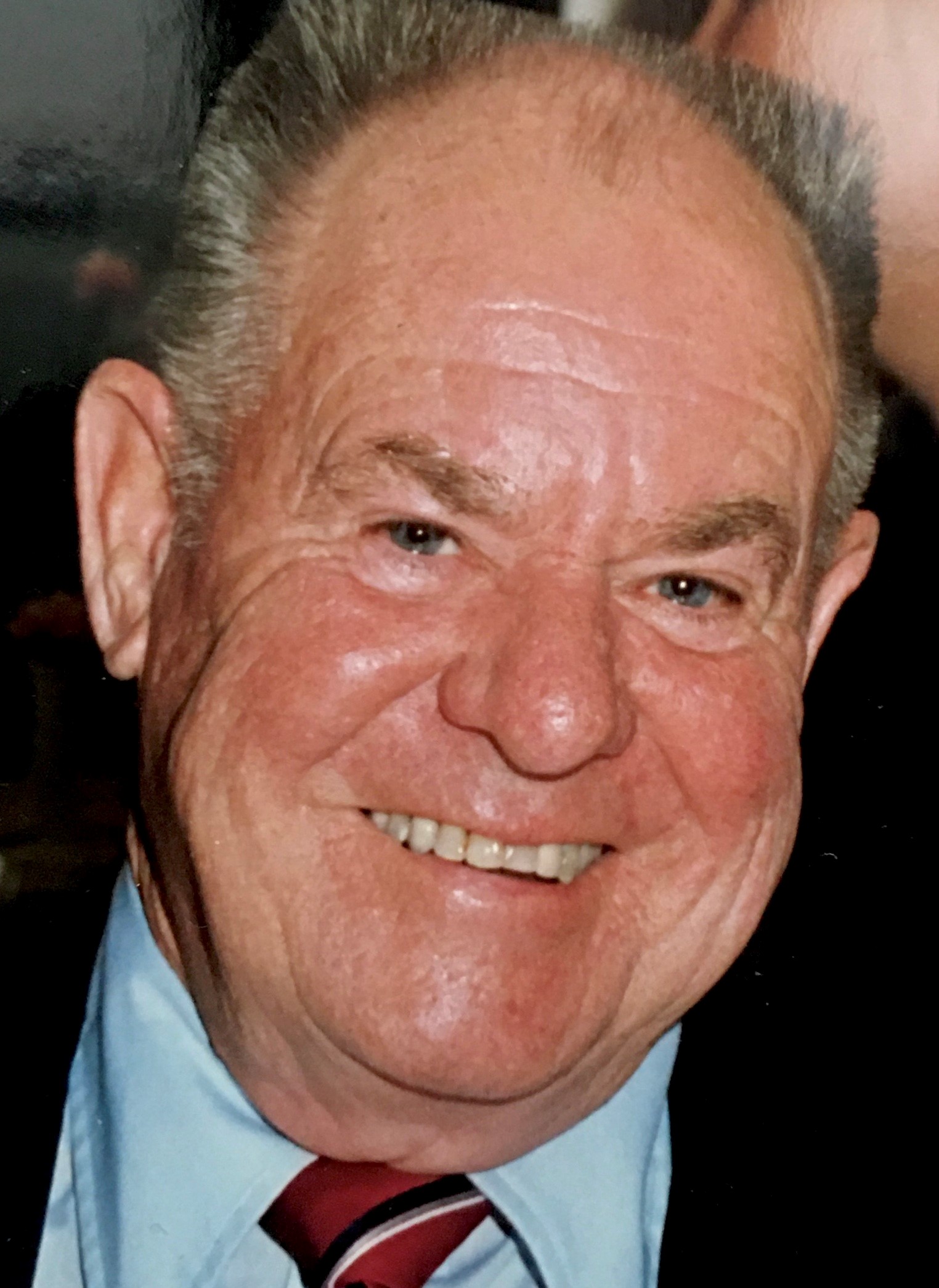 Visitation for Bill Perry will be from 6:30 to 8:00 pm Tuesday at Greenlawn Funeral Home East.

Immediate family only graveside service for Bill will be at Missouri Veterans Cemetery.

William (Bill) Leonard Perry, 94, passed away peacefully Wednesday, June 3, 2020 in Springfield, Missouri. Bill was born September 6, 1925 in Newport, Pennsylvania. He was the fourth child of five born to Leonard French Perry and Alice Bias Williams Perry.
Bill grew up in Holden, West Virginia, and graduated from Logan High School in Logan, West Virginia. In 1943, Bill enlisted in the United States Navy and completed Naval Training School for Radio Communication and Amphibious Training. He then served on the USS LST-853 Tank Landing Ship in the Pacific Theater during WWII as a Petty Officer 2nd Class Radioman.
After the war, Bill attended Marshall College in Huntington, West Virginia. Bill met his sweetheart Bertilou Bishop on a double date where they realized they were better suited for each other, and they married on September 4, 1948. They resided in Norfolk, Virginia where Bill worked for Eurpac Services, Inc. selling products to military commissaries. Bill was the top salesman for Quaker Oats worldwide and retired in 1984.
Bill was a car enthusiast and owned several classics over the years, including a 1954 Jaguar XK1 and a 1966 Jaguar XKE. He and Bertilou enjoyed hosting family and friends at their vacation home at Sandbridge in Virginia Beach, Virginia. They also shared wooded property with Bill’s sister and her family in Maryland, where they spent time camping each fall. Bill & Bertilou also enjoyed cruising on their boat, “Kanta-Fordit,” dancing the night away, attending the theater, listening to music, spending evenings at the Cosmopolitan Club of Norfolk with friends and relaxing at the beach in The Outer Banks, North Carolina.
Bill was a member of Owen’s Lodge 164, where he made Master Mason in 1958. He was also a Masonic Veteran attaining the status of being a Mason for 50 years in 2008 and received his 60 year award in 2018. He was also a member of the Scottish Rite and Khedive Shrine Temple, the Royal Order of Jesters, the Drum & Bugle Corps and the Chesapeake Shrine Club.
Bill and Bertilou did not have children of their own, but they spent a great deal of time with their godchildren and their families. Bill was also close to his family and would visit often. Bill always had a joke to tell and smile that would light up a room. In recent years, Bill and Bertilou relocated to Strafford, Missouri, where Bill enjoyed the music of the Missouri Jazz Orchestra (MOJO) in Springfield, Missouri.
Bill was predeceased by his wife of 70 years, Bertilou Bishop Perry, brother Boyd Jackson Perry, sister Mary Alice Perry Batton, sister Lola Madeline Perry Redmer, sister Betty Lucille Perry Letsinger and godson Dwight Lee Justice. He leaves behind goddaughters Camille (Ray) Justice Lesoine of Parrish, Florida and Pamela (David) Justice West of Strafford, Missouri. He is also survived by many godchildren, great-godchildren, nieces and nephews.
A visitation will be held at Greenlawn East Funeral Home in Springfield on Tuesday, June 16 from 6:30-8 pm with a special appearance by MOJO Lite. All friends and fans are welcome to attend for Bill’s final Tuesday night celebrating his love for all things jazz and MOJO. A private ceremony will be held at the Missouri Veteran’s Cemetery.
In lieu of flowers contributions may be made to St. Judes Childrens Hospital.

Visitation for Bill Perry will be from 6:30 to 8:00 pm Tuesday at Greenlawn Funeral Home East.

Immediate family only graveside service for Bill will be at Missouri Veterans Cemetery.