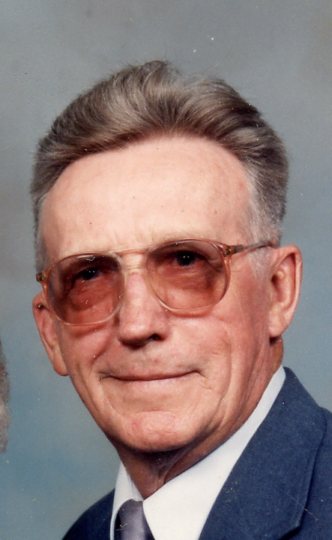 William (Bill) Stuart Lancaster was born November 26, 1927, at rural Le Mars, Iowa to M.J. and Rosabelle Lancaster. He passed away August 21, 2020, in Springfield, Missouri. Bill graduated in 1945 from Le Mars High School. Bill married Leona Janssen on June 3, 1949. He and Leona farmed near Seney, Iowa and moved to Le Mars in the early 1960’s. Bill remodeled and built many new homes. They moved to Vermillion, South Dakota in 1987. They worked on several mission churches. In 1991, they moved they moved to Aurora, Missouri. Bill helped with Personal Energy Transportation and Recycling. They were both active in Habitat for Humanity. They wintered in the Rio Grande Valley for many years, where they volunteered to tutor in elementary schools and were very active in their R.V. Park. Bill and Leona also helped with entertainment at the tourist center. In 2010, they moved to Maranatha Village in Springfield, Missouri. Most importantly, while living in Vermillion, Bill accepted Jesus Christ as his Lord and Savior!
Bill is preceded in death by his parents, six siblings, and their spouses. He is survived by his wife of 71 years, Leona, his daughters: Linda McGlynn of West Des Moines, IA, Kathy (Rog) Haahr of Springfield, MO, and Sherry (Doug) Bockenfeld of Rogers, AR; grandchildren: Aaron (Nicole) McGlynn of Kalona, IA, Meggon (Michael) John of Windsor Heights, IA, Hannah (Bryan) Hood of Highlandville, MO, Elijah Haahr of Springfield, MO, Noah (Megan) Haahr of Springfield,MO, Maren (John) Rinaldi of Victoria, MN, Drew (Elesa) Bockenfeld of Dallas, TX, and Cole (Nkechi) Bockenfeld of Washington, DC; great-grandchildren: Elizabeth and Nicholas John; Morgan and Moriah McGlynn; Montana and Josef Hood; Jackson, Reagan, Scarlett, and Alexandra Haahr; Silas, Samson, Judah, and Stella Haahr; Francesca, Ambra, Marcello, and Alessandra Rinaldi, and Aliya Bockenfeld.