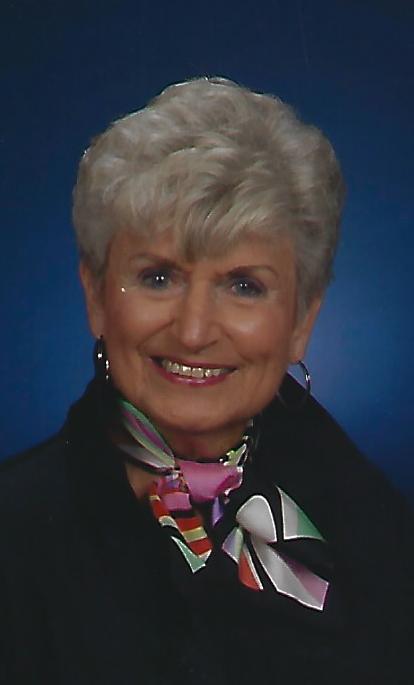 Wilma Jean Melton Caldwell was born in Springfield, MO on January 8, 1931, daughter of Fred and Nelle Melton. She passed away on December 3, 2019 following a long illness. She attended Pepperdine, Pipkin, and graduated in 1948 from Senior High, now Central High School. On July 23rd, 1948 she married the love of her life, Gene Clynton Caldwell. They moved to Kansas City, Missouri where Wilma worked at Southwestern Bell while Gene completed his degree in Pharmacy at the University of Kansas City (now UMKC).

In 1951 they returned to Springfield to make their home where their son James Gregory was born in November of that year. Three years later they welcomed their daughter, Kathryn Lynne. Influenced by the excellent teaching staff at Holland Elementary, Wilma, at age 31, decided to enter Southwest Missouri State College (now MSU) to pursue a degree in teaching. With the help and support of her family, Wilma graduated cum laude in 1967 with a B.S. in Education. She was selected as a member of Kappa Delta Pi, an honor society in Education. She began her teaching career at Campbell Elementary, and earned a Master in Education from Drury College in 1974.

During her teaching career of 24 years, she taught special needs children at Campbell, Weaver, Bowerman and Rountree. She served as president of the Springfield chapter of Missouri State Teachers Association, President of Council of Exceptional Children, and was a twelve year member of the Board of Directors, Springfield Workshops Inc. representing Springfield Public Schools. She retired from teaching in 1991. She was a member of Delta Kappa Gamma and Kappa Kappa Iota.

Wilma and Gene shared many common interests – travel, bird watching, ballroom dancing, bridge and camping. They looked forward each spring to their two week bird watching trips along rivers during bird migration. Their weeklong trip in October with their “camping buddies” on the Buffalo River was always anxiously anticipated and enjoyed.

Wilma and Gene were past members of Twin Oaks Country Club where Wilma enjoyed golf with her many friends in the nine and eighteen hole Ladies associations. She loved the “girls” in her long time bridge club and in later years, her mahjong group. She volunteered at Cox South maternity.

She is survived by daughter, Kathryn Twibell (Jim) of Springfield; son, Jim Caldwell (JoLynn) of Parkville; grandchildren Brennan Caldwell of Manhattan NY, Austin Caldwell of Manhattan NY, Byron Twibell (Kyra) of Republic, Patrick Twibell (Heather) of Nixa and their children Brooklyn and Liam, Andrei Twibell (Saralilian) of Alexandria VA and children Sumie and Ali; brother- in-law, James Caldwell of San Diego; sisters-in-law, Ellen Melton of Beverly Hills CA, Vivien Crandall (Ronn) of Springfield and Connie Kleysteuber (Bob) of Atlanta. She is preceded in death by her husband of 70 years who passed away in April of this year, her parents, great grandson Ashton Twibell, brother Fred Melton and sister-in-law Nettie Caldwell.

Wilma was a long time member of University Heights Baptist Church. She requested cremation and that her ashes along with those of her husband Gene be scattered among the wild flowers near Handie’s Peak in southwest Colorado, a place where she and Gene hiked many times.

Wilma loved her life, her family and her friends. She lived her life to the fullest and thanked God daily for having blessed her in so many ways.

The family wishes to thank the many “angels” that provided such kind, compassionate care to our mother at The Gardens during her illness including Tana Rosier, Nicole Mitchell, Haven Hospice, and the onsite staff with Phoenix Home Care.