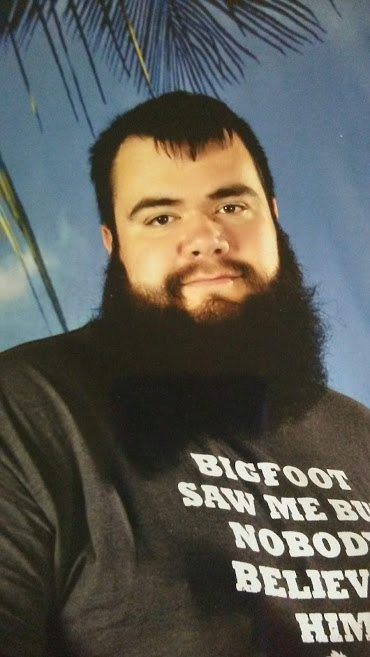 Alan Corum Grim was born on January 27, 1983, in Cape Girardeau, Missouri, and passed away October 1, 2020, in Springfield, Missouri, aged 37. He is survived by his beloved wife of ten years, Lisa; his two precious children, Ralphie and Walker; his parents, Richard and Connie Grim; his brother Tony (Jennifer) Grim; and numerous nieces, nephews, and extended relatives.

Alan’s true passion in life was his family, and he did everything in life with the goal of helping the people he cared about. He met his wife, Lisa, in 2009 at Silver Dollar City, where he was robbing trains for a living, and she soon made an honest man of him and encouraged his natural talent for fixing and repairing things. From various maintenance positions he rose to become the maintenance manager for Still Waters Resort in Branson, and from there changed careers and began working for Advanced Cabling as a fire alarm technician and installer. His skills, honesty, and dedication earned him the respect and trust of his employer, and he was looking forward to many promising years in the future. In his personal life, he enjoyed classic Volkswagens and attended as many Volkswagen shows as he could, teaching his wife and children to appreciate the charms of the Bug. He was also a fan of Snoopy, HGTV shows, and comedy, and he knew entirely too much about the cast of Little People, Big World. He found his wife’s collection of troll dolls very disturbing but bought them anyway to make her happy. Weekends would often find him with his wife and kids in Lowe’s or Home Depot, browsing for home improvements.

Alan was a gentle giant, a man who stood head and shoulders above the rest both physically and emotionally. He could often be seen wearing one of his favorite T-shirts that simply stated: “This does not count as a Bigfoot sighting.” That shirt has given many a laugh to passers-by on the streets of Branson, and Alan loved to make people laugh. He was a rare man, elusive, quiet, and soft-hearted, but fiercely committed to his family. He loved his family with all his soul, and that love will carry us through until we meet him again.

A Celebration of Life Service will be held on Saturday, October 24, 2020 at 3:00 PM at Lakeside Forest Wilderness Area off of Fall Creek Road in Branson.

Arrangements are under the direction of Greenlawn Funeral Home in Branson.