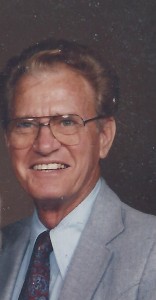 Funeral services for Arthur Edward Knight age 91 of Branson, Missouri will be held at 11:00 AM, Wednesday, July 6, 2016 at Greenlawn Funeral Home in Branson with Rev. Dale Roberts officiating. Burial with full military honors will follow the services at Missouri Veterans Cemetery in Springfield, Mo
He passed away on July 1, 2016 at his home in Branson.
Arthur was born on February 20, 1925 in Sapulpa, Oklahoma the son of Charles and Lula Mae Hall Knight. He had been a resident of the area for several years, was a retired salesman and was a veteran of the U.S. Army. He was of the protestant faith. He was an avid golfer.
Survivors are his wife, Eugie Knight of the home, two sons; Charles Arthur Knight of Hollister, Missouri and Gregory Allen Knight of Raleigh, North Carolina, a sister, Ruby Bourber of Tulsa, Oklahoma, six grandchildren and 10 great grandchildren. He was preceded in death by his parents, a son, Dennis Dean Knight, one sister, Jessie Lowther and four brothers, Joe Knight, Jake Knight, Earl Knight and Bob Knight.
Visitation will be held from 10:00 AM until service time at 11 at the funeral home on Wednesday.