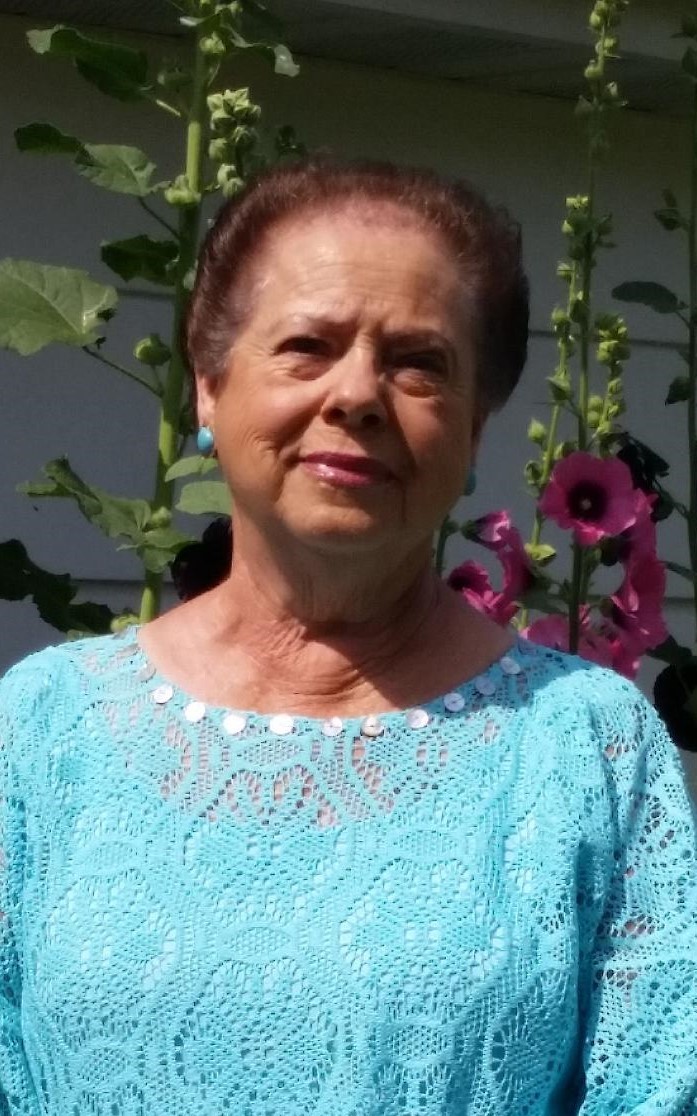 Barbara L. (Sanders) McCurry known affectionately by friends and family as Barb, died Thursday evening, March 5, 2020 after a long illness. At the time of her passing she was 80 years, seven months and 10 days old.

Barb was born July 24, 1939 in rural Dallas County, Missouri in the home of her parents Clarence Levi Sanders and Ethel Lucille (Hicks) Sanders. She was preceded in death by both parents, Junior McCurry, her loving Husband of nearly 59 years, a brother, James Sanders, and a son Patrick Jacob who died at birth in 1969.

She is survived by a dear life-long friend, Wanda Sue Hogan, her brothers Gary, Steven and Timothy, sisters Charlotte and Patsy. She is also survived by her sons Mike and his wife Sheila of Bolivar, Phil and his wife Becky of Fair Grove, and a daughter Erin Mallard and her husband Kenny also of Fair Grove. She leaves behind a large and loving family filled with sorrow at the loss of their beloved Mimi. Among these are Lori & Heath Seiner, Matt & Pilar McCurry, Lindsey & Bryce Locke, Josh and Dixie McCurry, Jake & Lisa McCurry, Jessi & Austin Potter, Nate & Kelsi Mallard and Hannah & Cody Anderson. In addition, she leaves behind eleven great-grandchildren and a host of beloved nieces, nephews, cousins, and many, many friends.

Barbara was saved at Mt. Olive Missionary Baptist church in December 1955 and baptized into the fellowship of that same church on Christmas day 1955, along with several friends including her future husband Junior, and her dear friend, Wanda Sue. It is this profession of salvation that fills her grieving family with the hope of seeing her again.

Barbara met her future husband Junior when she was only eight years old while he and his father were threshing in a near-by field. He was driving his father’s 1940 Case tractor and came up to ask for a drink of water from her family’s well. Something told Barb she had just met her destiny and with an iron will that served her well all her life, she vowed to one day marry this young man; and she did, only ten years later. This strong will power defined her life and kept her going to the very end. She faced her mortality with a matter-of-fact frankness that allowed her to be in charge of her own life decisions to the very end. Her final hours were met with dignity, on her own terms, at her home, surrounded by people whom she loved, and who loved her dearly.

Standing in contrast to her strong will, Barbara was a tender, gentle and faithful soul who saw beauty in the simplest of God’s creations, a flower, a butterfly, a beautiful sunset. She was a talented poet, singer and pianist. She believed in the holy scriptures and found inspiration and direction from them along with the in-dwelling presence of the Holy Spirit which guided her whole life. She rarely failed to heed the still, small voice which tenderly called to her. But the aspirational and over-arching theme of her life is found in Proverbs 31:27-31 “She looketh well to the ways of her household, and eateth not the bread of idleness. Her children arise up, and call her blessed; her husband also, and he praiseth her. Many daughters have done virtuously, but thou excellest them all. Favour is deceitful, and beauty is vain: but a woman that feareth the LORD, she shall be praised. Give her of the fruit of her hands; and let her own works praise her in the gates.”

Indeed, this passage and her strong desire to do right framed her life till the day the Lord called her home. She was a rare talent, a faithful daughter, wife, momma and Mimi. The world is a little poorer for her loss and she will be sorely missed by all who knew her.

Visitation for Barbara will be Tuesday, March 10, from 12:00 – 1:00 p.m. at Greenlawn Funeral Home East with funeral service at 1:00 p.m. Burial will be at Mt. Olive following the service.