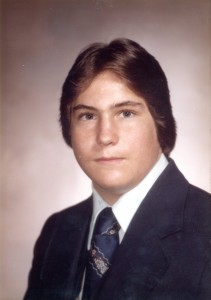 Barry Steven Ray, age 51, passed away on Tuesday, May 12, 2015 in Springfield, Missouri. He was born April 29, 1964 in Madison, Wisconsin. Barry graduated from Dover High School in 1982. After graduating, Barry attended the DeVry Institute. He was an avid golfer, and a fanatical Philadelphia Flyers fan. Barry coached little league baseball, youth basketball and football.
Barry is preceded in death by his father Leoris Ray. He is survived by his mother, Patsy R. Stone and her husband Col. James Stone; his children, Kodie Ray, Jennifer Ray, Amanda Ray and Alonzo Winningham; his brother, Kelly and his wife Kim; his sister Deborah and her husband Todd Ramsay; his niece, Kaden Ray; his nephew, Kerek Ray; 46 first cousins; close friend, John Vaughn; and a bucket load of aunts and uncles.
No services are scheduled at this time.