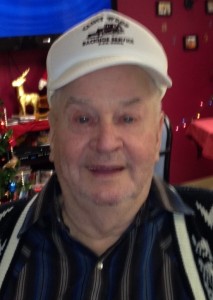 Ben G. Fletcher, 79, passed away on Tuesday, March 3, 2015 at Maranatha Village. He was born February 29, 1936 to Harlan Fletcher and Alice (Hackley) Fletcher
He was preceded in death by his parents, a daughter, a step-son, and a granddaughter.
Ben was a truck driver and belonged to Teamster’s Union # 245.
Survivors include daughters; Nancy Crouch, Cindy Agee; son; Steven Fletcher, seven grandchildren, four great-grandchildren.
Visitation will be on Saturday, March 7, 2015 at Greenlawn Funeral Home North Chapel from 11 AM until service time at 1 PM.
Burial to follow at the Brighton Cemetery.
In lieu of flowers, family request donations to be made to Mercy Hospice, envelopes available at the funeral home.