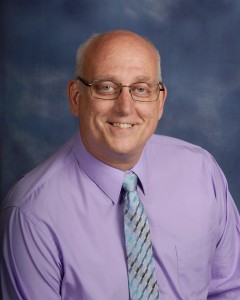 Benjamin (Ben) F. Black, III, 54, went home to be with the Lord on August 24, 2015 after a lengthy journey with cancer. He was born in Frederick, MD, on September 11, 1960 to Benjamin F., Jr. and Phyllis J. (Staub) Black, the second of six children.
Ben grew up outside of Uniontown, MD and loved the Maryland countryside. As a teenager he worked on his uncle’s dairy farm, but his real love was sports. He excelled at baseball, football, and wrestling, but baseball and the Baltimore Orioles were his true favorites, and football and (Baltimore) Indianapolis Colts were a close second. He played semipro football after high school and continued playing in softball leagues (two in one summer) until he stopped playing in order to coach his children in baseball, softball, and football.
In 1984 Ben joined the US Navy as a Machinist’s Mate-Engineering Lab Technician, advancing to the rank of Chief Petty Officer in 8.5 years. He served on several submarines, including the USS George Washington Carver, the USS Lafayette, and the USS Annapolis, earning several medals and ribbons—Good Conduct Medal, Navy Expeditionary Medal, Navy Arctic Service Ribbon, Navy Achievement Medal (2), Sea Service Deployment Ribbon, Battle “E” Award, and National Defense Service Medal.
While in Engineering School in Great Lakes, IL, Ben met fellow sailor Shari A. Rhymes of Winnfield, LA and married on May 11, 1984 after a short engagement. To this union were born 2 sons and 1 daughter and 31 years of happiness.
In October 2009 Ben and Shari felt led by the Lord to leave their jobs and home in Dover, DE and move to Springfield to become missionaries. Ben enrolled in Baptist Bible College, Springfield, MO and continued taking classes after his cancer diagnosis in May 2011. Through numerous treatments, infections and surgeries Ben continued to persevere always with a smile on his face. Serving the Lord was his heart and desire and he did so by teaching and preaching through different ministries at Hillside Baptist Church. His mission field changed, but his servant’s heart never did.
Ben was preceded in death by his sister, Donna.
He is survived by the love of his life, his wife Shari A. (Rhymes) Black; 2 sons, Benjamin F. Black, IV, Dover, DE, and Ryan K. Black, Hamilton, OH; 1 daughter, Sara B. Black, Fairfield, OH; 2 grandsons, Harper K. Black and Ezekiel (Zeke) J. Black; his parents, Benjamin F. Black, Jr. and Phyllis J. (Staub) Black, Gettysburg, PA; 2 brothers, Paul Black and wife Lorianne, Westminster, MD, and David Black, Alva, FL; 2 sisters, Patricia Kulp and husband Chester, and Jane Windell and husband Wayne, Gettysburg, PA. He is also survived by many aunts, uncles, cousins, and very dear friends. He and his smile will be greatly missed.
Visitation and services will be at Hillside Baptist Church, 8366 W. State Hwy 266, Springfield, MO. Visitation will be from 6-8pm on Friday, August 28. Services will be at 10am on Saturday, August 29 with Pastor Cecil Tolbert officiating. Interment will be in White Chapel Memorial Gardens.