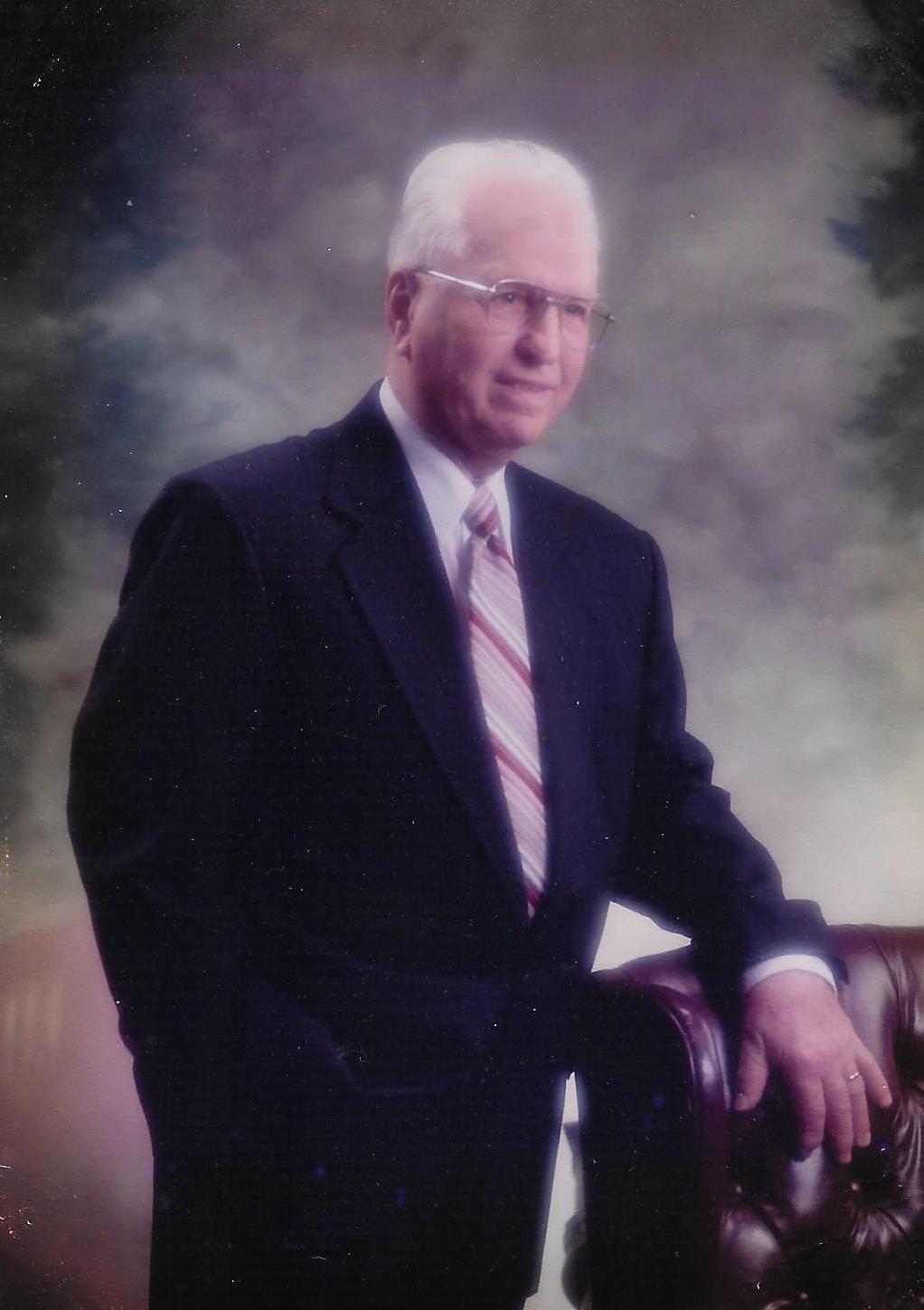 Benton Clea Lightfoot, son of Benton and Atha Brannon Lightfoot, was born December 18, 1924 at home in Adonis, MO and departed this life on March 23, 2019 at Parkview Healthcare Facility in Bolivar, MO.
Clea attended Oak Grove School at Adonis, MO until the eighth grade and then began working on the family farm full-time. He was saved at Oak Grove Missionary Baptist Church in October, 1942 where he remained a faithful member and Deacon until his passing.
Clea and his folks moved to Hermitage, MO in 1947. He and his Dad (Benton) established Lightfoot and Son Hardware Store. He married Juanita Lightfoot on March 18, 1951. They remained in Hermitage, MO after getting married. Then they moved to a farm they purchased from Juanita’s grandparents in 1954.
Clea was preceded in death by his parents Benton and Atha Lightfoot, one brother; Robert Lightfoot, two sisters; Eleanor Lightfoot and Dorothy June Staten, and his wife of 61 years, Juanita Lightfoot. To this union three children were born; Bonnie and husband Mike Carter of Urbana, MO, Lena and husband Donnie Lipe of Bolivar, MO, and Brian and wife Mary Lightfoot of Lee’s Summit, MO. Five grandchildren; Kenny and wife Mary Carter, Brent and wife Shannon Carter, Amanda and husband Chase Barfield, Nora Lightfoot and Benton Lightfoot, nine great grandchildren; Aubrey Carter, Jacob Carter, Cheyenne Carter, Sean Carter, Shane Carter, Charlotte Rose Carter, Noah Barfield, Ethan Barfield and Trevor Barfield. Also surviving is one sister, Aleene Eaton of Pittsburg, MO, and a host of nieces, nephews and friends.
Funeral services will be held at 2:00 PM Wednesday, March 27, 2019, at Pitts Chapel with Bro. Mike Foster officiating. Burial will follow at Oak Grove Cemetery Adonis, MO. Visitation will be held from 6:00 to 8:00 PM Tuesday, March 26, 2019, in the funeral home. Online condolences may be made at: www.greenlawnfuneralhome.com.