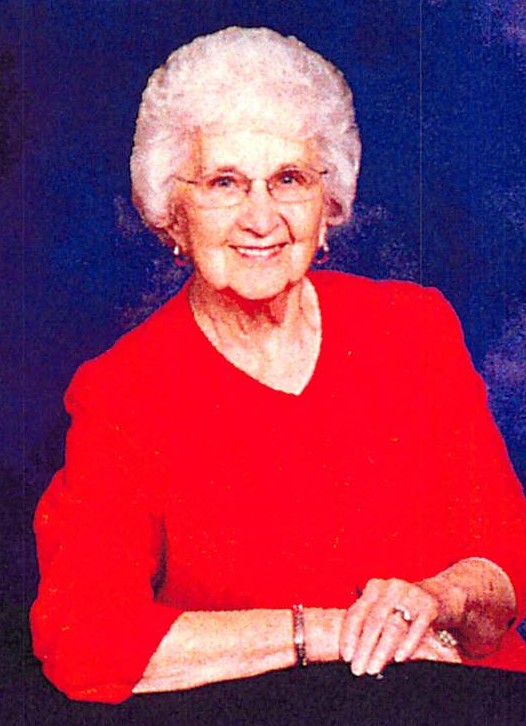 Betty Clark was born on June 5, 1931, to Grover and Delpha McDonald Fernimen in Pagosa Springs, Colorado. She passed away peacefully on the evening of October 4, 2018, in the Arbors at Ravenwood, Springfield, MO.
Her early childhood years were spent living in Fraser and Fort Collins, Colorado. Her family moved to southern Missouri where she graduated with the West Plains, MO, class of 1949. She married O.E. “Jack” Clark in 1949 and they had 2 children, Cindy Clark Davison and David Clark. She and Jack owned and operated Clark’s Cleaners in West Plains during the 1960’s. Starting in 1968 they moved to Mountain View, MO, where, for 22 years, they lived at and managed Bunker Hill Ranch Teacher’s Retreat on the Jack’s Fork River. They retired to a home on Table Rock Lake until she moved to Springfield, MO, in 2006.
Betty was preceded in death by her parents, Grover and Delpha Fernimen, husband Jack Clark, sister Vanita Donnelly and granddaughter, Jackie Davison.
She is survived by her daughter, Cindy Davison (Kim), of Springfield, MO, son, David Clark (Kathy), of Cumming, GA, sisters, Wanda Land, of Cheyenne, WY, and Jo Walker (Bill) of Marshfield, MO, grandchildren, Alyssa Duncan (Roger), of Houston, TX, Justin Davison (Jessica), Springfield, MO, Darcy Clark, Atlanta, GA, Kari Kinney (Jason) of Lafayette, AL, great-grandchildren, Harrison Davison and Callen Davison, Springfield, MO, Chase Carithers, Lafayette, AL, Aaliyah, Alexa, Axel, and Dylan Duncan, Houston, TX, and many nieces, nephews and close family friends.
A Celebration of life will be on Tuesday, October 9, 2018 at 10:00 am in Greenlawn Funeral Home South. In lieu of flowers, the family requests memorial contributions be made to the Alzheimer’s Association.