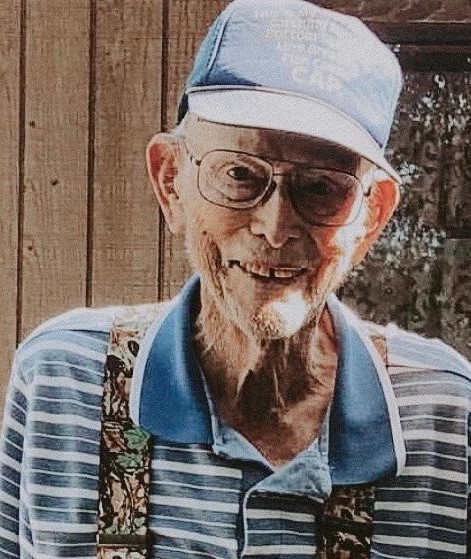 A Celebration of Life Service for Bill Norman Mitchell age 91 of Blue Eye, Mo will be held at 10:00 AM, Wednesday, May 22, 2019 at the Open Door United Methodist Church, 6238 East State Hwy 86 in Blue Eye with Brian Mitchell officiating. Arrangements and cremation are under the direction of Greenlawn Funeral Home in Branson, Mo.

He was born on June 24, 1927 in Goodman, Missouri the son of Frank and Rose Greenup Mitchell.

He went back to Lanagan MO after serving in the Navy and worked various jobs before he began his work with Amarado Hess in 1953 then
10 years later he met his wife Sybil in Sacramento California and married her on September 13, 1963. On February 19, 1966 they were blessed with their first child Brian and 1 year later on January 29, 1967 they had a daughter Eilene. He worked 7 more years for Amarada Hess before moving to Lakin Kansas where began his work for KN Energy.
Up until his retirement in 1989 from KN Energy they lived in Lakin Kansas. 3 years after retirement Bill and Sybil moved to Leisure Shores Estate in Blue Eye MO and have been there since.
Bill was a hard worker and at times would work a full time job and two part time jobs to provide for his family and make sure that they had a vacation each summer. He loved to trap, fish, hunt, work on small engines and just enjoyed tinkering with anything in his shop behind the house. He also loved watching his grandkids play basketball, volleyball and any kind of activity they were involved in. He always looked forward to the family birthday parties, holidays and just spending time with the family.

In lieu of flowers donations can be made to the Blue Eye High School Athletic Department in Blue Eye MO.