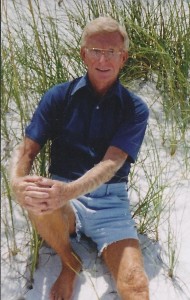 Bobbie Dean Wingo
Born June 30, 1924
Bobbie graduated grade school from a one- room school house, Ragsdale, which he returned to teach at for one year, after graduating high school in Seymour. In 1943 he went on to the Springfield School of Aeronautics and trained in Aircraft sheet metal and electrical. He later obtained his real estate license and owned Wingo Realty company.
During World War II Bobbie worked at the Modification Center of North American Aviation in Kansas City, Ks. There he wired the main fuse panel on the B25 bombers and did final inspection of the P51 Mustangs.
Bobbie worked as Chief Supervisor of United States Treasury Department Division of Disbursement in Washington DC. There he personally delivered President Eisenhower’s pay check each month. He was selected as outstanding supervisor of the year.
Bobbie’s final career was working as a Power Dispatcher of Electricity and was the first retiree from the coop in 1980. He was recognized in the history book of the Associated Electric Cooperative Inc. on page 49 under the title of “Win-Win…The Country Boy and Rock Picker’s Humble Beginnings.”
Bobbie loved to travel the back roads with friends. He drove all over the lower 48 states, throughout northern Mexico, and from the eastern coast of Canada to the western. He took many cruises and traveled to Alaska and Hawaii to complete visiting all 50 states.
Bobbie loved ball room dancing and graduated from the Aurthur Murray Dance Studios. He later modeled for the Nelson Art Galery in Kansas City, Mo.
At 90 years old, Bobbie died doing one of the things he loved best, hiking outdoors on a beautiful sunny day. Bobbie is survived by his nephews, Tom Goss and Ron Goss, their families, and many loving friends.
A memorial will be held at 9:30 A.M. Monday, January 5, 2015 at Greenlawn Funeral Home East. A memorial visitation will be from 9:00 to 9:30 A.M. before the service.
Please submit any donations to the ALEX (Alternative Learning Experience) program for teens.
ALEX
c/o Marilyn Nolan
1111 S Glenstone Ave
Suite 3-100
Springfield Mo 65804