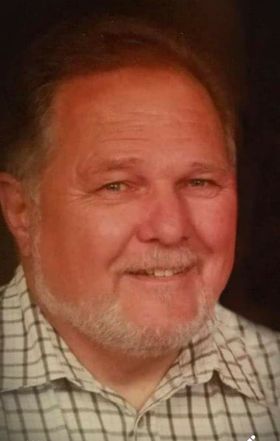 Bobbie Richard Merritt was born in St. Louis MO on September 17,1954 to Russell and Melba Merritt. Bob was surrounded by his family when he went to be with the Lord on November 30th, 2020. Bob was raised in St. Louis until his Sophomore year of High School. The family relocated to Fisk, MO where he graduated from Brosley High School with the class of ’73. After graduating, Bob enlisted in the United States Air Force where he served as a C-130 Crew Chief at duty stations in both Arkansas and Japan. While stationed in Japan, Bob accepted Jesus Christ as his personal Lord and Savior. While attending church in Japan on a Sunday night, Bob met Angie Bunch; the love of his life. Bob and Angie married February 10, 1979.

For those who were blessed to have Bob in their life, know of his great character and integrity in all areas of his life. “What you see is what you get” with Bob. He was honest and direct with those who spent time with him because he cared enough to tell people the truth. He was a great source of Sage wisdom for those times of needing life direction or just an ear to listen. If you didn’t know how something works, just ask Bob. He either knows, or is about to figure it out! He loved to serve the Lord through song at home and church alike. He served for many years as a tenor in a mixed southern Gospel quartet, something he absolutely loved to do. Bob is well known by family and friends to walk into a place as a stranger, but leave as friends for life with all he met. His quick witted remarks and his little smirk afterwards have been the start of many laughing fits that ended in tears. His all enveloping bear hugs had the ability to sooth and comfort all he embraced, and has broken down many walls. Bob was a dedicated and loving father of three and a proud grandfather to four. He loved, treasured and took great pride in his family as well as his extended family. Over the years, Bob and Angie have taken many “kids” in that have become extended family. He was a “Father” to so many!

Bob is preceded in death by his parents Russell and Melba Merritt and his daughter Lisa Marie Merritt. He is survived by his wife of 42 years, Angie Merritt, his daughter Jenifer Renee Lynch and son Richard Alan Merritt and wife Amanda , and his beautiful grandchildren Ethan and Taryn Lynch, Aspen Hope  and Alan Jude Merritt.  Bob is also survived by his brothers and sisters, Doris, Shannon, Kelly, Russell, Trennis, Curtis, and Timothy as well as many cherished nieces, nephews and cousins.

Bobbie Richard will forever be in our hearts and minds. The impact that he has made on so many lives will continue to echo in our hearts. In the days leading up to his departure from this world, his biggest concern was not for himself, but rather for others and their relationship with God. A true testament to the character and conviction he lived daily.

Services for Bobbie will be 2:00 pm Saturday, December 5, 2020 at Calvary Baptist Church in Republic, Missouri. Visitation will be from 1:00 to 2:00 pm prior to the service.

At the request of Bob and family, we ask that in lieu of flowers, please donate to Calvary Baptist Teen and Youth Ministries.

For  Saturday services online for Bob go to https://www.facebook.com/calvarymo/