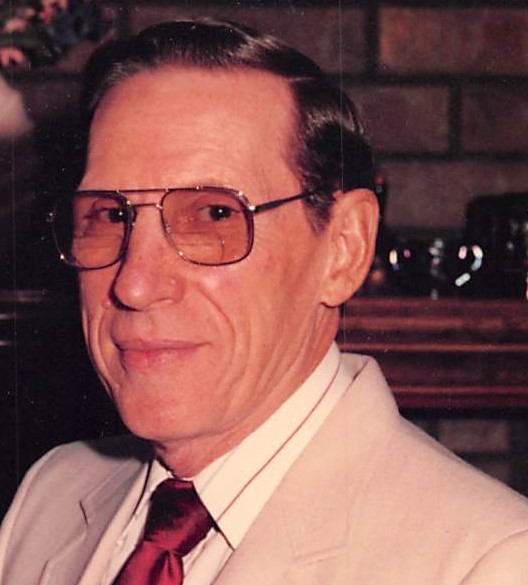 Bobby Jean Colson, age 88, of Springfield went home to be with his Lord and Savior, on Friday, September 13th, 2019 at Spring Valley Health Care.
Bobby was born April 5, 1931 in Springfield, MO to Clyde Henry and Martha Grace Colson. He graduated from Springfield Senior High School in 1949. He was united in marriage to Vetha May Etheridge on September 24, 1950. Bobby retired from Lily Tulip in 1986 after 36 years of employment. After retrirng from Lily Tulip, he worked for Commerical Plastics in Republic. He loved his family there, and UBob would drop by for donuts to visit after retirng from there.
He was a member of the 1107 Transportation Company of the Missouri National Guard, retiring as 1st Sargent, after 20 years of service. Bobby was very active in several churches, and was a member of Ridgecrest Baptist Church. He enjoyed tinkering with old cars, camping, attending Gospel and Bluegrass festivals, woodworking, and was a member of the Springfield Watergarden Society.
Survivors include his two loving children Larry Colson and wife Karen (Moody) Colson and Patricia May Grubbs; three grandchildren, Cory Colson, Chris Colson, and William Grubbs and wife Hannah (Estes) Grubbs: great-grandchildren, Seth Grubbs, Marshall Rippe, Jerimah Grubbs, and Claudette Grubbs; and a host of family and friends. He was preceded in death by his wife, Vetha Colson, son-in-law, Jerry Grubbs, brother, Ralph Colson, and his parents Cylde and Grace Colson.
The family will receive friends from 6-8 pm, Wednesday, September 18, 2019 at Greenlawn Funeral Home South. Private graveside services will be held at Danforth Cemetery Strafford, Missouri. In lieu for flowers, memorial contributions may be made in Bob's name to your favorite charity.Services have been entrusted to Greenlawn Funeral Home South.