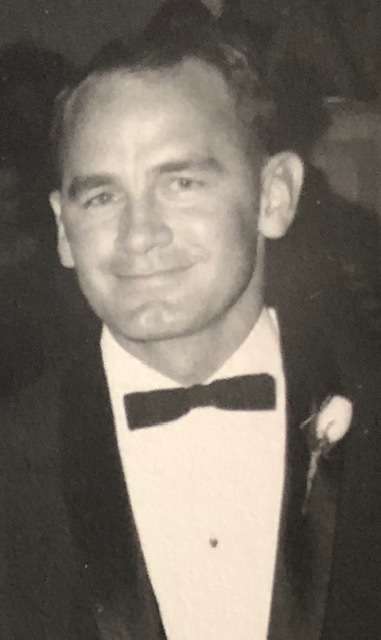 Bonnard Duke, son of Irven Orval and Bessie (Wimberley) Duke, was born on a dairy farm in Wright County, MO, on May 26, 1939.He graduated from Mtn Grove High School as Salutatorian in 1957. He excelled in math and received his AB Degree in Mathematics from MU in 1962.
Bonnard joined the United States Air Force and was commissioned as a 2nd LT in 1962 and served as a C130 Pilot during the Vietnam War. He resigned his commission in 1968, after which he joined the Army National Guard and served as a helicopter pilot. He retired from the United States Army in 1999.
Bonnard married Sharon Kisner in 1965. They have two sons, his pride and joy, Jason Bonnard Duke and Jonathan Walter Duke. He worked as a computer programmer with various companies in both North Carolina and Texas prior to moving back home to Missouri.
He is survived by his sons, Jason and Jonathan and wife, Tracy, his sister, Vivian McKinzie, his brother Vance, and eleven nieces and nephews. He was preceded in death by his parents and three brothers, E.E. Duke, Herbert Duke, and William C. Duke.
Bonnard was a devout Christian. He was a member of Gideons International for many years and acted as a Lay Minister at local jails. He contributed to many charitable organizations and was a tissue donor. He will be missed dearly.
Services will be at 10:00 AM at Greenlawn Funeral Home North at 3506 N. National Ave., Springfield, MO. Burial will be at 2:00 PM at Hillcrest Cemetery, Mtn Grove, MO, beside his parents.