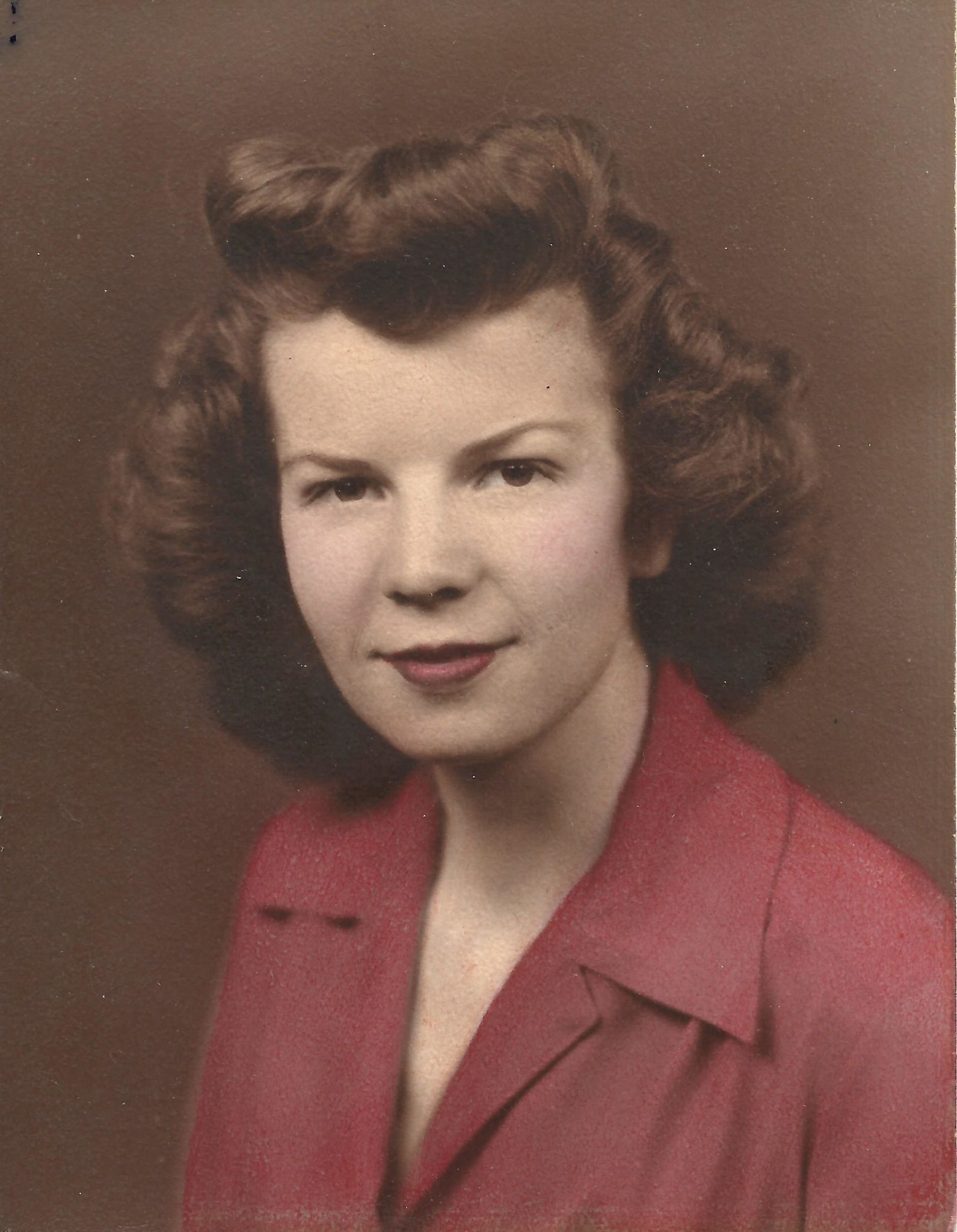 Bonnie Cornwall Henderson passed away peacefully the evening of Thursday, January 16, 2020, at her home in Springfield, Missouri, at the age of 100 years.
Bonnie was born September 15, 1919, in Salt Lake City, Utah, to Joseph Spencer Cornwall and Mary Alice (Haigh) Cornwall. She grew up in the suburbs of Salt Lake City with her six siblings, taking music lessons, swimming, enjoying family trips, and cooking.

Her entire family was very musical, led by her father who directed the Mormon Tabernacle Choir from 1935-1957, and Bonnie was no exception. Bonnie joined the choir in 1936 and sang on the weekends while attending college at Utah State University in Logan, Utah. At college she also sang for a radio station (KVNU) every Friday night, and at dance halls and school activities.

While attending Utah State, she met Winston Hugo (Bud) Henderson during her sophomore year. After meeting a few times, he asked her if she would “like to get a Coke”, and their friendship blossomed into a flurry of events that led to marriage. Bud and Bonnie were married on February 28, 1940, in the Salt Lake Temple.

After the bombing of Pearl Harbor, Bud enlisted in the Air Force and became a B-24 pilot. He served in the South Pacific during the war and was stationed in Okinawa, Japan for five years. During this time, Bonnie went to live in New York City with her sister, Margaret.

After the war, Bonnie and Bud returned to Utah and had two sons, David and Spencer. She was still singing in the Mormon Tabernacle Choir and had several church callings. In 1955 Bonnie toured Europe with the choir, singing for royals and dignitaries in many grand music halls, including Royal Albert Hall in London. This was a wonderful experience that she recounted often to her family.

Bonnie and Bud then settled in Cottonwood, Utah, where she worked for ZCMI for several years, then for the University of Utah’s Admissions Department. Bud owned a service station where the boys would help on weekends. After the boys were grown, Bonnie and Bud soon retired and traveled the country, visiting many sites sacred to the Church of Jesus Christ of Latter-Day Saints. After this trip, they were called to mission work and were stationed in Nauvoo and Carthage, Illinois, where they gave tours of historical Church sites. They continued their mission work upon return to Salt Lake City, giving tours of Temple Square, arranging baptisms, and working at food and clothing pantries.

Bud passed away in June of 1998 after a battle with Alzheimer’s disease. After his passing, Bonnie accompanied her sister and brother-in-law on a tour of Israel, which was a healing experience for her. She was inspired and comforted by visiting many places where the Savior spent his life.

Bonnie moved to Missouri in 2001 to be near her son Spencer and his family, and David soon followed. She spent many years enjoying her family, friends, and service in the church. She attended swimming aerobics classes multiple times a week well into her 90s and sang at church every Sunday. She made many friends with her warm smile and caring demeanor, and always lifted up others with praise.
Bonnie had a strong testimony of the Church of Jesus Christ of Latter-Day Saints and spent her life living the gospel principles, inspiring many with her Christ-like service. She spent 100 beautiful years rich in experiences of family life, friends, church brothers and sisters, a profession, many missions, travel, and of course, music.

A memorial service will be held at 6:00pm on Wednesday, January 22, 2020, at Greenlawn Funeral Home, 441 W. Battlefield, Springfield, Missouri. Services will also be held in Salt Lake City, Utah, on Monday, January 27, 2020, at Wasatch Lawn Memorial Park Chapel, 3401 S. Highland Drive. Visitation will begin at 1:00pm and the memorial service at 2:00pm, with graveside services to follow.

In lieu of flowers, memorial donations may be made to the Alzheimer’s Association at alz.org.