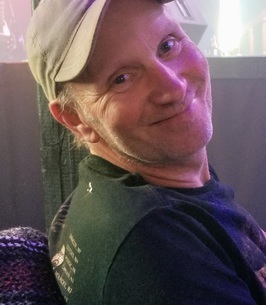 Brent Lee Beck, 59, of Shell Knob, MO passed away in his home on Thursday, February 20, after a long battle with heart disease.
Brent was born on December 9, 1960, to Bill Beck and Vera Lucille Casteel Beck. Brent was united in marriage to Cindy Starks, his wife of 38 years, on September 26, 1981.They raised two sons, Matthew James and Jordan Thomas.
Brent was preceded in death by his brother, Keith, as well as his paternal and maternal grandparents and several aunts and uncles. Brent is survived by his parents Bill (Shell Knob MO) and Lucille (Springfield MO), his loving wife Cindy; children Matthew (Springfield MO) and Jordan (Shell Knob MO), brother Kevin and his wife Robin (Greenfield, MO) as well as many aunts, uncles, nieces, nephews, cousins and friends.
Brent worked alongside his dad at Monarch Machine Shop until its closure and then was employed by the U S Postal Service until he took an early retirement because of his health.
Brent accepted the Lord as his Savior and was baptized as a young adult. His hobbies included attending concerts with his sons, restoring fishing and sea doo boats, fishing at Table Rock Lake as well as just being outdoors and staying busy helping friends and neighbors. He took joy in hosting family and friends at the lake fishing, boating, swimming and spending time together.
Visitation will be held from 6:00 p.m. to 8:00 p.m. on Tuesday, February 25, 2020 at Greenlawn Funeral Home North. Funeral services will be held at 1:00 p.m. on Wednesday, February 26, 2020, at Greenlawn Funeral Home North, with burial following at Bass Chapel Cemetery in Strafford, MO.
In lieu of flowers memorial donations may be made to the American Heart Association.