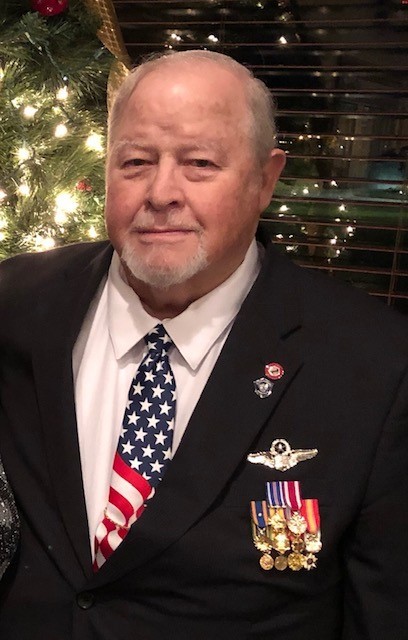 Saturday night, on Nov. 30th, at 10:15pm, Bryan K. Hutchings, took his last breath and went to be with Jesus. He had metastatic prostate cancer and fought a good fight for almost 5 years.

Upon graduation from college in 1964, he joined the Air Force, and married his high school sweetheart, Marilyn K. Kennedy. They had 3 children, 2 boys and 1 girl.

Bryan was a distinguished graduate of Undergraduate Navigator Training and outstanding student in Navigator-Bombardier Training. His operational assignments included aircrew duty onboard: B-52 Stratofortress, C-141A Starlifter, WC-130ABE Hercules, and FB-111A Aardvark aircraft; accumulating over 4,900 hours flying time. As a radar navigator in B-52s in Southeast Asia, he was awarded the Distinguished Flying Cross. Other decorations include: 6 Air Medals, Meritorious Service Medal, and Air Force Commendation Medal. After retirement from the Air Force, he became a Professional Licensing Investigator for the Missouri State Board of Healing Arts, retiring as the Senior Investigator in August 2007.

Bryan knew about God and believed in Him. He regularly attended Praise Assembly, where his faith deepened. This faith sustained him through his 5 year struggle with cancer.

Funeral arrangements include: visitation on Thursday, December 5, 2019, from 11:30am-12:30pm; with service immediately following from 12:30pm-1:30pm at Greenlawn Funeral Home East. Interment will be at the Springfield National Cemetery at 2:00pm, and include military honors.

In lieu of flowers, the family is requesting donations be made to: Honor Flight of the Ozarks, P.O. Box 3954, Springfield, MO 65808-3964. Those wishing to donate online, can follow this link: