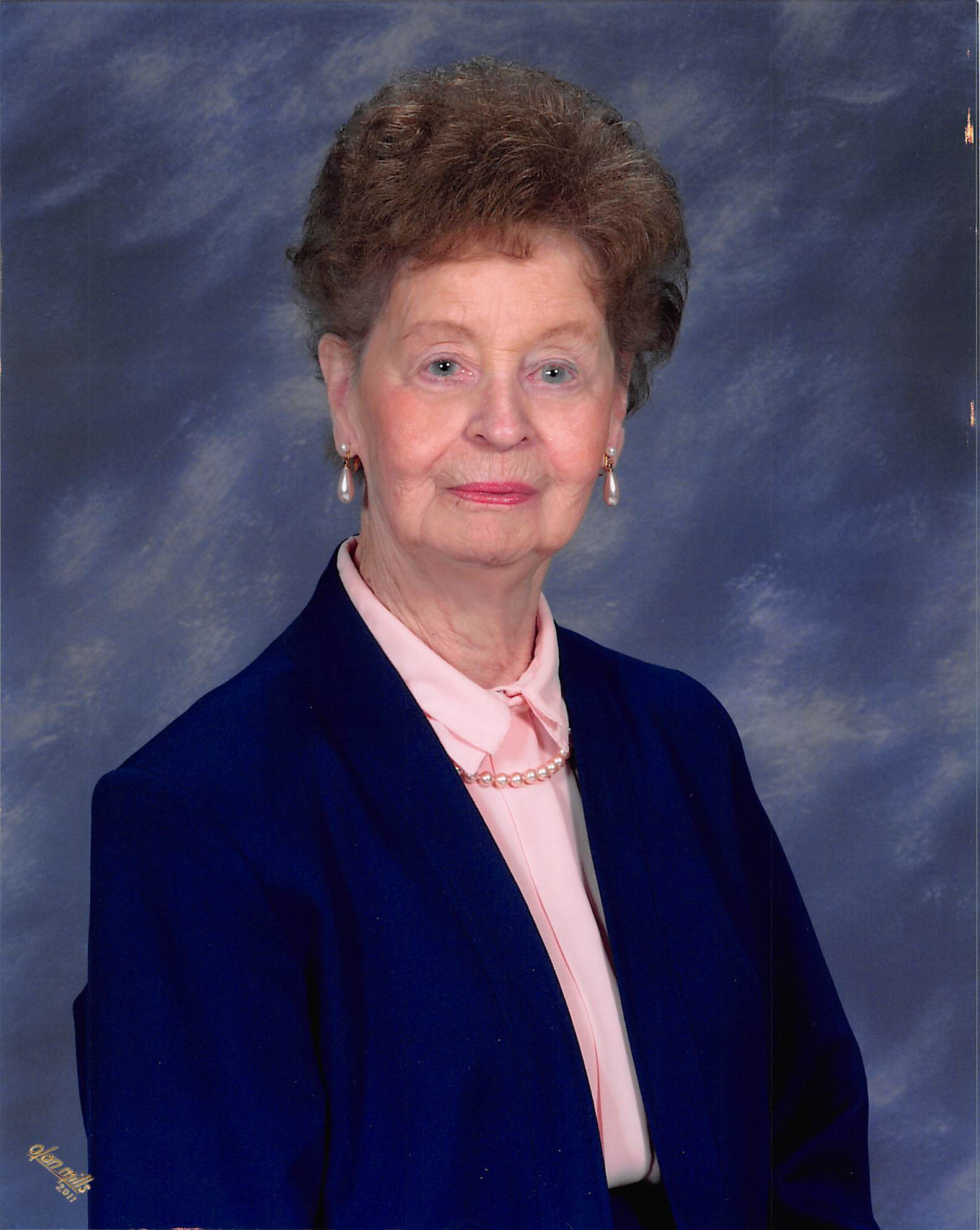 Buelah “Marie” Cox, Springfield, age 96, the daughter of Daniel and Ivy Chilton, was born in Flippin, Arkansas on February 20, 1923 and passed from this life at 11:01 A.M, Thursday, October 10, 2019 at the Manor at Elfindale.
She graduated from Springfield Senior High School in 1942. She received her Diploma in Nursing from Burge School of Nursing (Cox College) in 1945. During her career, she was a charge nurse of a medical division at Cox Hospital North. Later she did private-duty nursing and Hospice care. After retiring, she went back to college and received a Bachelor of Science in Nursing from Drury College in 1979.
Marie married John Humbert Cox January 1, 1947 and had been married for 64 years when John passed away on March 16, 2011. They were long-time members of Sunset Church of Christ.
Marie spent the last six years living at The Gardens Independent Living where she enjoyed playing bingo and Tri-Ominoes with her sister Eva and friends she made there.
Marie was preceded in death by her husband, John Humbert Cox, her parents, and three brothers; Arvil, Lloyd C., and John D. Chilton.
She is survived by her two children; son, John M. Cox and wife Nancy, and daughter, Marilyn Cox Wise and husband Ted all from the Springfield area. She is also survived by six grandchildren and twelve great-grandchildren. Steven Cox and wife Gerri and children Halli and fiance’ Austin Whited and Joshua, Tampa, FL; Robyn Taylor and husband Mark and daughter Natalie Munson, Issaquah, WA; Brian Cox and wife Heather and children Drew and Jacob, Fenton, MO; Kristopher Wise and wife Jennifer and children Ashlyn and Barrett, Poquoson, VA; Westin Wise and wife Gina and children Bailey and Cooper, Rogersville, MO; and Braden Wise and wife Makayla and children Carter, Lily and Cayman of Nixa, MO. She is also survived by two sisters; Eva McConnell of Springfield and Lois Manes of Norfolk, VA.
Services will be held Monday, October 14, 2019 at Greenlawn Funeral Home South, Springfield, MO. Visitation will begin at 10:00 A.M. with the service following at 11:00 A.M. with Dwight Samuel and Joe Bright officiating. Private burial will be in Greenlawn Memorial Gardens, Springfield, MO.
In lieu of flowers, memorial contributions may be made to the Fair Haven Childrens’ Home, 3132 North Fairhaven Loop, Strafford, Missouri 65757.