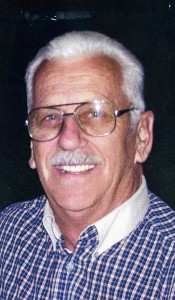 Funeral services for Calvin David age 75 of Ridgedale, Missouri will be held at 2:00 PM, Tuesday, June 9, 2015 at Victor Baptist Church with Pastor Gene France and Rev. Kenny Robinette officiating. Burial will follow in the Cedar Valley Cemetery at Hollister, Missouri under the direction of Greenlawn Funeral Home of Branson.
He died June 5, 2015 at Cox Medical Center in Branson, Mo.
He was born on October 13, 1939 at Kissee Mills, Missouri the son of Ray and Lois David. He was a lifelong resident of Taney County and was the owner/operator of David Trucking before his retirement. He attended Hollister High School and was of the Christian faith. He was united in marriage to Kaye Tate on June 24, 1960 at Omaha, Arkansas and to this union was born one daughter.\
He is survived by his wife, Kaye Tate David of the home in Ridgedale, Missouri; a daughter, Julie Kivett and husband Mike of Ozark, Missouri. Two grandson, Korey and Kameron Kivett. Three brothers; Ron David and Phillip David both of Hollister, Missouri and Buck David of Branson, Missouri and a sister, Phyllis Johnston of Siloam Springs, Arkansas. He was preceded in death by his parents and a brother, Jim David.
Visitation will be from 6:00 until 8:00 PM Monday at Victor Baptist Church.