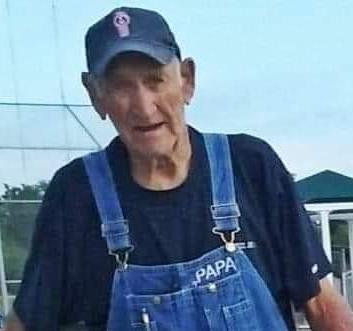 Carl Richard Cossins, 83, of Morrisville, Missouri, passed away at home with his family by his side on Sunday, September 13, 2020.  Richard was born in Morrisville on September 8, 1937 to Lester and Manta Cossins. He married the love of his life, Goldie Staton, on February 13, 1964. Carl provided for his family as a Carpenter for over 50 years. He loved anything that had to do with farming and sports. His grandchildren were also very special to him.

Carl is preceded in death by his parents; his sisters, Catherine and Betty, and a great-grandson, Clay Mason Ames. He is survived by his wife of 56 years, Goldie Cossins, of the home; a son, Carl Richard Cossins, Jr.; three grandchildren: Carl Richard Cossins III, Jordan Leann Cossins, and Casey Nicole Cossins; two great-grandchildren, Luke Jagger Ames and Rudy Calhoun Ames; two great grandchildren on the way, Cora Cossins and Beau Cossins; and his brothers, Chester Cossins and Jerry Cossins.

Graveside services for Carl will be on Thursday, September 17, 2020 at 10:00 a.m. at Morrisville Cemetery in Morrisville, Missouri.