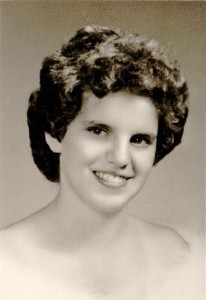 Carolyn Sue (Harrison) Bailey passed away on October 30, 2015 in Springfield, Missouri after a long and courageous battle with cancer. She was born on November 17, 1944 to Robert W. and Hazel E. (West) Harrison in Lebanon, Missouri.
Sue’s father was in the Navy and out at sea at the time of her birth. The message of her birth was communicated to his ship from another ship via flashing lights and Morse code. He had chosen her name before he left for his assignment. She was almost a year old before she got to meet her father.
Sue graduated from Lebanon High School in 1962 and played clarinet in the band. After attending Southwest Missouri State College for a year, she lived in the Kansas City area for ten years. She then moved to Carthage, Missouri where she would reside for forty years. Sue enjoyed working at D&D Sexton in customer service for many years where she made many longtime friends. Upon retirement she moved to Springfield to be closer to her amazing son. She was an avid Kansas City Chiefs fan and enjoyed watching her nieces, nephews, and son’s activities when they were young.
She is survived by her son Christopher Bailey and his partner Jon Schatz of Springfield, MO; her mother Hazel Harrison of Lebanon, MO; brother Brad Harrison of Fredericksburg, VA; sister Beth Mason of Olathe, KS; 7 nieces and nephews; 15 great nieces and nephews; aunts and uncles; cousins and friends. Her father, maternal and paternal grandparents, brother-in-law Wendell Mason, and former sister-in-law Patricia (Olsen) Harrison precede her in death.
A celebration of her life will be held on Saturday, November 7 at 11:00 a.m. at Shadel’s Colonial Chapel in Lebanon with lunch and fellowship to follow.