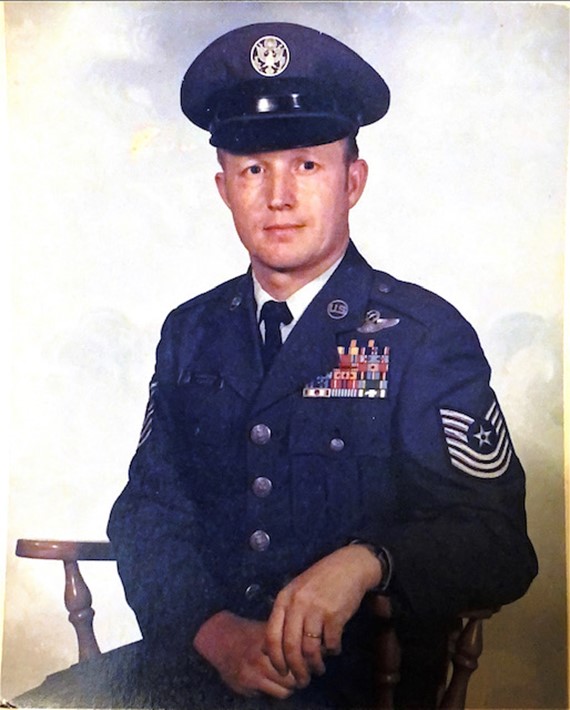 Carroll Austin Garrison of Pleasant Hope, Missouri passed away on January 24, 2021 at the age of 86. He died peacefully in his sleep at home with his daughter and her family by his side.

Carroll was born on April 22, 1934 in Springfield, Missouri to George and Velma Garrison, the second oldest of 12 children. He also had 3 older siblings from his father’s first marriage. Carroll attended Willard High School before joining the air force in 1952.

While in England, Carroll married Valerie Mitchell in 1957, the mother of his two daughters, Heather Lemus and Fiona Lee. He is survived by his three granddaughters, Brittany Fechner, Eloise and Amicia Lee. Carroll later remarried on September 29, 1991 to Darlene Mahan, sharing their life together on his Pleasant Hope farm where they lived until her untimely death in 2014. Carroll is survived by his three step-sons: Jeff, Phillip, and Greg Mahan. His and Darlene’s grandchildren include Samantha and Stephen Bartlett, Teala Mahan, Ashlynn and Anna Belle Mahan.

Carroll wore many hats throughout his 86 years of life. He was a son, brother, father, uncle, grandfather, farmer, flight mechanic, Sergeant, Korea-Vietnam War Veteran, entrepreneur, good friend, and an overall wonderful human being. Besides being a friend to many, he loved farm life. Carroll owned horses, dogs, and other farm animals his entire life. He was through and through a true cowboy.

Carroll will be dearly missed by all of us who were touched by his kindness, generosity, and love.

Visitation and general services will be held at Springfield’s Greenlawn Funeral Home North. Visitation will be held from 12-1pm, with the funeral service to be held immediately afterward from 1-2pm on Thursday January 28, 2021. Internment will be followed at Pleasant Hope Cemetery.