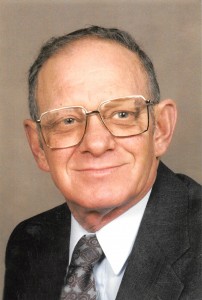 Cecil Dean Horton was born June 30th 1940 in Pedlo, MO, to parents Henry and Mary Horton.
Cecil fought a good fight against kidney cancer since 2012. He died on March 13th 2016 and is now at rest in the presence of his Lord and Savior.
Cecil was well known in this area as the “Frito-Lay man” for 19 years retiring in 1999. He was highly respected and his outgoing personality made an impression on everyone he met.
Cecil was preceded in death by his parents, a brother, Bob Horton, sister-in-law, Wanda Horton and a very special nephew, Cory Horton.
Cecil is survived by wife, Betty Horton, step-sons, Steve (Emily) Pulliam of Hollister, MO. Rick (Arlene) Pulliam of Zatar, nephew, Kirby (Berri) Horton and family of Franklin, Tenn. Niece Gina (Mike) Chishm and family of Columbus, GA. Niece Jill (Bill) Carpenter and family of McKinny, TX. Uncle, Taylor (Alice) Porter of Lamar, MO.
Visitation will be held at Greenlawn Funeral Home South from 5 to 7 p.m. on Thursday, March 17, 2016. Graveside service will be Friday, March 18, 2016 at 2:00 p.m. in White Chapel Cemetery.
In lieu of flowers the family request donations in Cecil’s name to be made to Hospice Compasses. 1465 Primrose, Springfield, MO. 65804 so others will benefit from the loving care he received form his special nurse, Erin Harp, personal care giver, Linda Fletcher (Fletch) and sitter, Diane Chomp.