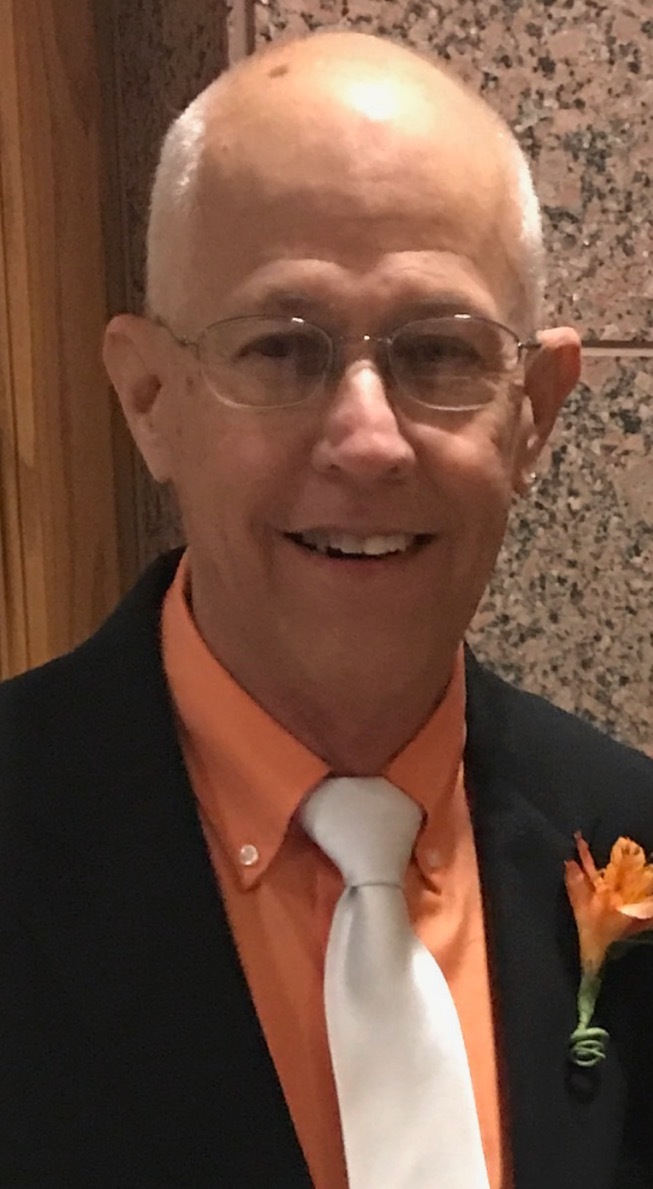 Charles Edwin “Charlie” Burch Jr. died peacefully on December 23, 2018 in Columbia, MO at the age of 77.
Charlie is survived by his Partner Richard Schmitt of Columbia, Mo; his son, Michael Burch (Barb) of Fulton, Mo, daughter Terry Burch-Rowland of Jefferson City; his Grandchildren, Josh Fischer (Chelsi) of Jefferson City, Mo, Drs. Jake Burch (Amy) of Swartz Creek, Mi, Katie Burch of Saint Louis, Mo, and John Burch of Fulton, Mo.
Charlie was born on October, 14th 1941 in Saint Louis, Mo to Charles E. Burch Sr. and Eleanor J. (Robblee) Burch. He graduated from Collinsville High School, Collinsville, Mo in 1961. After graduating High School Charlie joined the U.S. Navy. He served onboard the U.S.S. Intrepid CVS-11 from ’61 to ’65. During his time of service, the Intrepid served as the primary recovery ship for Mercury-Atlas 7 astronaut Scott Carpenter and Gemini 3 astronauts John Young and Gus Grissom. Following his time in service Charlie worked 31 years for Ameren UE as a pipe fitter, tool room foreman and helper supervisor retiring in 1996 from the Callaway Nuclear Power Plant.
Charlie was a member of the Masonic Hope Lodge #251 and Moolah Shriners. Charlie liked to garden and work in the yard and was a walking encyclopedia on plant care. He was a prolific bowler and loved his Monday bowling league.
A private family grave side service will be held on Saturday, December 29th, 2018 in Springfield Mo.
In lieu of flowers Charlie suggested donations to:
Masonic Home of Missouri
Heartland Men’s Chorus of Kansas City, Missouri
Cleveland Chiropractic College of Kansas City, Missouri