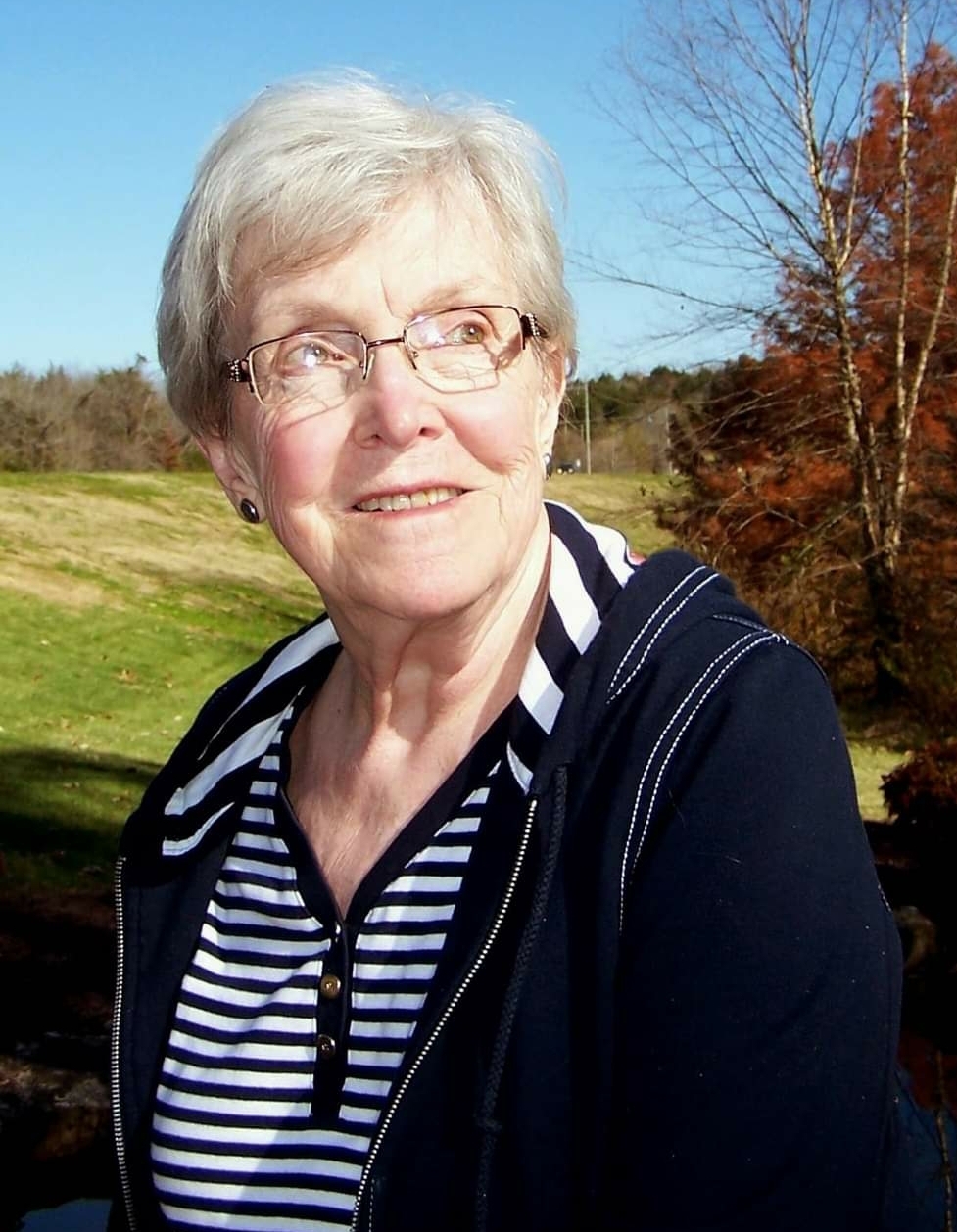 Charlotte Boehm was born on November 10, 1927 in Richmond, California to Fred and Genevieve Pierson Young. She died at the age of 93 on December 8, 2020 in Springfield, Missouri.
Charlotte grew up in California where she met and married Jim Weatherly in 1945 where Jim was stationed in the Army, and they started a family. They moved to Springfield, Missouri in 1955 where Charlotte ran the business side of Jim’s homebuilding business while raising a family.
Through the years, Charlotte traveled extensively all over the world. When asked, she said she had been to every county in the world that she had desire to visit. Of all her travels, she claimed that the jungles of Guatemala were her favorite trip. She also loved the mountains where she visited many times.
Charlotte married Roy Boehm in 1977 and they resided in Springfield, Missouri. After Roy’s passing in 1988, she moved to Nixa, Missouri to be closer to her two daughters. She retired from Stoddard Equipment Company in Springfield, Missouri after 17 years.
Charlotte was an avid reader and baseball fan. Nothing made her happier than reading a book with a baseball game on the television and her cat in her lap. She was the ultimate St. Louis Cardinals fan and Yadier Molina’s biggest fan. She enjoyed taking long walks daily and still went to the gym twice a week until her late 80’s. She was fiercely independent and was happiest when she had a job to do. She inherited her mother’s artistic talent and enjoyed decorating her home. She loved her family deeply and never passed up the opportunity to brag on their talents and accomplishments. She was her family’s greatest cheerleader.
She was preceded in death by her parents, her husband Roy Boehm, and her son Allen Weatherly. She is survived by her son Mike Weatherly and his wife Debbie of Coral Springs, Florida, daughter Sharon Stoddard and her husband Mike of Nixa, Missouri, Allen’s wife Peggy Weatherly of Conway, Arkansas, and daughter Wanda Potter and her husband Steve of Nixa, Missouri. She is also survived by her grandchildren: Jason Stoddard and wife Amy, Adam Stoddard and wife Kristie, Sarah Girven and husband Wes, Brian Potter and wife Amber, Derek Potter and wife Liz, Lauren Weatherly and husband Trey, and David Weatherly. She was also very proud of her great-grandchildren: Bree, Aubrey, Sam and wife Lacey, Maddie and husband Nathan, Chloe, Brennan, Charlotte, Teddy, Cade, Cayla, Ruby, Logan, Jack, Norah, Kyle, and Nolan, and great-great-granddaughter Nora.
A celebration of Charlotte’s life will be Saturday, December 19, at 11 a.m. at Greenlawn South in Springfield, Missouri, with Dr. Mark Kelton officiating. In honor of Charlotte’s love for the color of red and her beloved St. Louis Cardinals, guests are encouraged to wear red or St. Louis Cardinals attire. Masks and social distancing will be required for the safety of family and guests and in compliance of city ordinance.
For family and friends unable to attend, the service can be viewed live via Zoom, meeting ID 448 547 7845.
In lieu of flowers, the family asks that donations be made to the Alzheimer’s Association in Charlotte’s name.