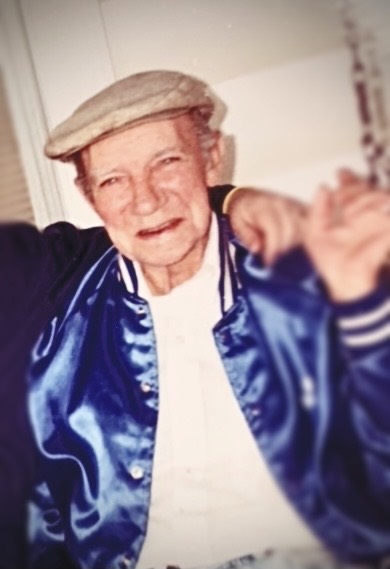 Chester Emery Sneed was born September 30, 1919 in Big Piney Missouri to Zina and Viola Sneed. He went to be with the lord November 8, 2020 at 101 years of age in Springfield Missouri. Proceeding him in death were his four brothers and three sisters, his wife of 53 years Hazel Sneed, one son Gary Sneed, two daughters Sharon Duggar and Judith Tindall and two son-in-law’s. Chester and Hazel had 5 children, Judith Tindall, Gary Sneed, Sharon Dugger, Mary Beth Staples and Robert Crawford. Chester left a legacy expanding five generations. He went to school in Big Piney, Missouri finishing the 11th year. He was a World War II veteran and served from 1940-1945 in the Army, as a medic. He served in three major battles in Europe, becoming a Staff Sergeant and earning a bronze star. He had multiple jobs, but his primary was at Mueller in Springfield Missouri. He worked until the age of 70. His hobbies included buying and selling cars, working on older cars, gambling, country music and watching Wheel of Fortune. Visitation will be November 11, 2020 from 5 to 7pm at Greenlawn Funeral Home, Springfield Missouri. Graveside services will be November 12 at 3:00pm at Greenlawn Memorial Gardens.