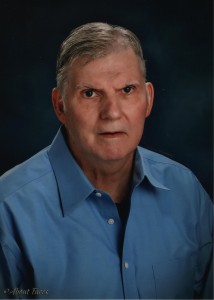 Claude Neal Marshall, 66, of Springfield, Missouri, was called home to be with the Lord while surrounded by his family on Saturday, June 6, 2015 at his home in northwest Springfield. Born into humble beginnings in Broseley, Missouri, in January of 1949, the youngest son to William “Bud” and Nora Lee Marshall, Claude led a life based on love, dedication, and hard work. He literally married the girl next door while still a Senior at Poplar Bluff High School in 1967. He enlisted in the U.S. Army in 1969 as a Medical Supply Specialist and served in both Thailand and Fort Meade, MD before receiving his honorable discharge. Claude used his Army and prior work experience to gain employment as a warehouse employee for a pharmaceutical company; he then entered the company’s sales training program and worked his way through the ranks, from a Regional Sales Rep to ultimately becoming the Senior Account Manager, Distribution Sales Division for Marion Merrell Dow, the 5th largest drug company in the United States. Claude was recognized for his performance with numerous personal accolades such as the “Representative of the Year” in 1989 and being inducted into the Marion M-Club which was limited to the top 3% of the sales force; Claude also earned a trip to Hawaii for he and his wife after he was recognized as one of the “Top 10” sales representatives in the company, a honor he was recognized with more than once.
Claude was not driven to his success by the desire to achieve personal accomplishments, but instead by the desire to provide for and support his family. A loving father and husband, Claude always placed the needs of the family above his own. Even though working long hours and spending many nights away from home, he always found the time to devote to his children; he coached both his sons’ baseball and basketball teams throughout the years and invested countless hours in their academic and personal development. His hobbies and passion included a love of golf and a dedicated following of both the St. Louis Cardinals and the University of Missouri Tigers.
Claude will forever be remembered and is survived by Pauletta Marshall, his wife and sole companion of 48 years; his two sons, Riley Marshall and wife Andrea of Springfield; and Doug Marshall and wife Darlene with their children Bradley and Jordyn of Elgin, Oklahoma. He is also survived by his two brothers William E. “Sonny” Marshall of Poplar Bluff and Thurman L. “Buddy” Marshall of Davie, Florida; and two sisters Shirley M. Gaines of Poplar Bluff and Thelma Sue Richman of Wappapello; as well as his many loving cousins, nieces, nephews, and his two Jack Russell Terriers, Little Bit and Biscuit.
The family would like to offer a special thank you to the members of Berean Baptist Church and the staff of Springfield Mercy Stroke Center, Neurology, and Rehab Hospital for their support and care to Claude and his family.
Visitation will be from 6:00 until 8:00 PM at Greenlawn Funeral Home North on Tuesday, June 9. Funeral services for Claude will be held at Berean Baptist Church in Springfield on Wednesday, June 10 at 09:30 AM and will be officiated by Bro. Jeffrey Ables and Bro. Fred Reamsnider. Claude will be laid to rest at the Missouri Veterans Cemetery in Springfield, Missouri. Flowers or memorial donations are both welcome, memorial donations may be made to the Wounded Warrior Project or Berean Baptist Church through Greenlawn Funeral Home North.