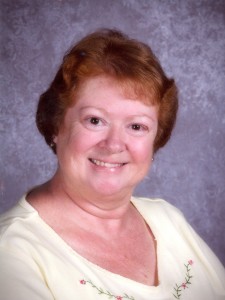 Constance Joanne Keller, 60, passed away Tuesday, September 1, 2015 in Springfield, Missouri. She was born in Danville, VA on January 29, 1955 to Alton and Connie Keller. Joanne worked as a bookkeeper for Greenwood Laboratory Schools for several years. She was a graduate of SMSU with a Bachelor’s degree in Accounting. For the last several years, Joanne has been a full time caretaker for her mother. She was a member of the Center Point Church of Christ. She enjoyed bowling and bowled in several bowling leagues. Joanne also enjoyed quilting. One of her greatest joys in life was her two cats, who she affectionately referred to as her boys.
Joanne was preceded in death by her father, Alton P. Keller.
She is survived by her mother, Connie Tesar; her step-mother, Beverly Bonner, three brothers, James Keller of Rochester, MN, Robert Keller of Mt. Vernon, IL, and Larry Keller of High Point, NC; two sisters, Janice Lee and husband John of Springfield, Missouri and Kelley Ritter of Rogersville, Missouri; her grandmother, Annabelle Whobrey of Rogersville, Missouri; one nephew; four nieces; one great niece; one great nephew; and many other family and friends.
There will be a memorial service Friday, September 4, 2015 at 3:00 p.m. in Greenlawn Funeral Home South, Springfield, Missouri. In lieu of flowers, memorial donations can be made to Fair Haven Children’s Home, Strafford, Missouri.