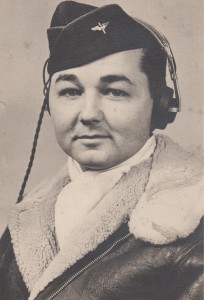 Dale E. Kelley, age 97, of Springfield, MO, passed away Saturday, January 24, 2015 at Maranatha Lodge. He was born March 31, 1917, in South Bend, IN, to William and Ruth (Taylor) Kelley. He served in the United States Army Air Corps during World War II, Dale was shot down over Berlin during one of his missions, and was a P.O.W for eleven months. After his military service Dale worked for Studebaker Car Company designing the equipment that was used in their manufacturing plant. He later worked for Bendix Corp. in Kansas City, Missouri, until his retirement. He enjoyed playing golf and fishing, he was very active in his church. One of his greatest loves was the Kansas City Royals, he was very excited that they made it to the World Series this year.
He was preceded in death by his wife of over sixty-five years, Esther Kelley; parents,William and Ruth Kelley; a special nephew, Daniel Stockham; two brothers, Richard Kelley, and Gaille Kelley; and one sister-in-law Clara Kelley. He is survived by three children, James Kelley and wife Linda, Bolivar, MO, Maureen Royce and husband Robert, Katy, Tx, and Nancy Yendes and husband Carl, Springfield, MO; a special niece, Janice Stockham; five grandchilden; three great-grandchildren; and a host of family and friends.
Graveside services will be held at 11:00 a.m. , Friday, February 6, 2015, at Missouri Veterans Cemetery, Springfield, MO. Memorial contributions may be made to the The Wounded Warriors Project . Services have been entrusted to Greenlawn Funeral Home North, Springfield, MO.