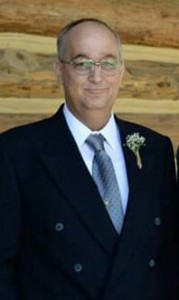 Daniel R. Oxenreider, age 52, of Strafford, MO, passed away Thursday, July 23, 2015 at Mercy Hospital. He was born June 2, 1963, in Evreux, Eure, France, to Jerry and Bertha (Woodruff) Oxenreider. Daniel graduated from Pleasant Hope High School in 1981. He owned and operated DanCo Courier Services for many years. Dan enjoyed cheering his sons on at their sporting events, he was an avid St. Louis Cardinals and Miami Dolphins fan, he was known for his bright colored and hawaiian shirts. The greatest love of his life the last year was his grandson Maddox. He is survived by his loving wife, Susan L. Oxenreider, Strafford; three sons, James Oxenreider, Brighton, Trent Oxenreider and wife Lacie, Mountain Grove, and Daniel Oxenreider and wife Caitlyn, Ozark; one grandson, Maddox Oxenreider; father, Jerry Oxenreider and wife Mary, Lowell, AR; mother, Bertha Roberta Oxenreider, Flemington; three brothers, Michael Oxenreider, Springfield, Tim Oxenreider and wife Lauralea Oxenreider, Pleasant Hope, and Jerry Lee Oxenreider, Pleasant Hope; father and mother-in-law, Jim and Wanda Clark; brothers-in-law, John Clark, Ron Clark and wife Donna; sister-in-law, Rhonda Clark, all of the state of Texas; and a host of family and friends. A celebration of Dan’s life will be held Sunday, July 26, 2015, at Greenlawn Funeral Home North, Springfield. Visitation will be held from 5- 6:30, with services at 6:30 p.m. Memorial contributions may be made to Mercy Hospice or Make A Wish Foundation. Services have been entrusted to Greenlawn Funeral Home North, Springfield.