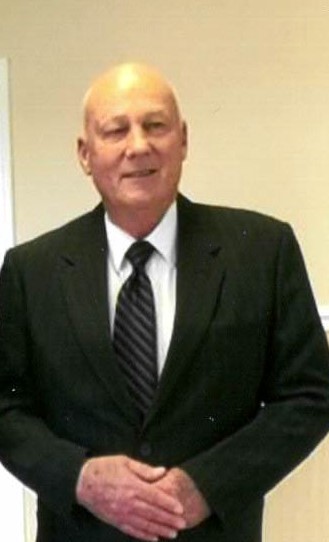 A Private Family Graveside service will be held out at Greenlawn Memorial Gardens on Monday, December 7, 2020 at 1:00 p.m.

David Allen Groves passed away peacefully on 28 November 2020 at the
age of 79. David was born to Warren and Ella Groves in Springfield
Missouri on the 2nd of March in 1941.
David was one of six children of whom were raised to work hard and be
productive from a young age. Upon graduation from Pleasant Hope High
School, he joined the United States Air Force at the age of 17 with
his parent’s consent and served 4 years as a medic. He was stationed
in Maine for his first year of service, but spent the remaining 3
years in England. When David returned to the states, he served his
community as a Springfield, MO police officer, married Carole
Pickering of Willard, MO and started a family. In the summer of
1966, he launched his ultimate career and joined Troop D of the
Missouri State Highway Patrol that is based in Springfield.
In the early fall of 1974, David relocated his family to Bolivar, MO
and chose to remain steadfast for the duration of his children’s
childhood years. David made a final move to Nevada, MO in 1987 where
he was promoted from corporal to sergeant before choosing to retire
at the age of 55. David served for 30 years on the Missouri State
Highway Patrol from 1 October 1966 to 30 September of 1996.
Despite all of David’s accomplishments, his most cherished was his
acceptance of Christ. David was in his fifties when he was baptized
into the body of Christ and was a faithful member of the Church of
Christ family where he regularly attended the Church of Christ of
Fort Scott, Kansas. David spent his remaining years in Nevada and
made many strong friendships in the area.
David was the kind of man who loved to help people. When he was not
working his patrol job and long into retirement, he would spend his
spare time building wheelchair ramps, fixing things for people,
visiting local nursing homes, mowing lawns and studying the Word.
He absolutely loved being able to mow lawns on his zero-turn lawn
mower and it was often a topic of conversation. No question, David
was a simple caring man who valued authority and structure, lent a
helping hand to anyone in need and never expected anything in
return.
David was preceded in death by his parents, his eldest brother George
“Edward” Jackson and wife Virginia, a brother-in-law Larry Bonner and
younger brother Larry Groves and wife Barbara. He leaves behind a
son, Steven Groves and wife Robin of Springfield, a daughter, Sandra
Groves Barlow of San Antonio, Texas and a daughter, Allison Daniels
and husband Aaron of Joplin. David was blessed with six
grandchildren, Christopher Shane Barlow and wife Jamie, Miranda
Groves Snider and husband Austin, Ashlee Barlow, Marshall Groves,
Lydia Daniels and Grant Daniels along with two great grandchildren
Lincoln Barlow and Lynnlee Snider, He also leaves behind three
siblings Carolyn Bonner, James Groves with wife Judy, and Linda
Gillham with husband Stan along with several nieces and nephews.
David also leaves behind some very dear friends who gave him a zest
for life and had a profound impact on helping him to maintain his
independence until the remaining week of his life. The family will
be forever grateful.
May David rest in peace and rejoice in his heavenly home.

A Private Family Graveside service will be held out at Greenlawn Memorial Gardens on Monday, December 7, 2020 at 1:00 p.m.