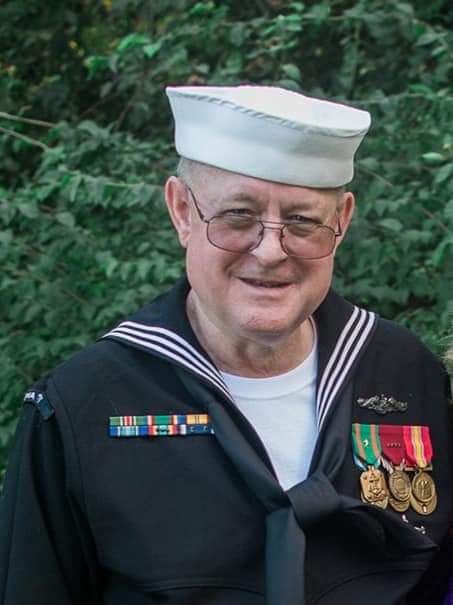 David John Ellis was born on September 7, 1959 in Odessa, Texas the son of David Everett and Carol Jean Barker Ellis and departed this life on April 17, 2020 at his home in Branson, Missouri at the age of 60 years.

He was a retired U.S. Navy Veteran where he served his country for 20 years. He was also a Boy Scout and Eagle Scout, a member of the C.A.P., D.A.V. and the American Legion. David was also a member of The Church of Jesus Christ of Latter Day Saints Branson 1st Ward. After his retirement from the Navy he and his wife moved to Branson, Missouri.

Private graveside services are being held in Ozarks Memorial Park Cemetery under the direction of Greenlawn Funeral Home in Branson.
A Celebration of Life Service will be held at 3:00 PM, Friday, October 30, 2020 at The Church Of Jesus Christ of Latter Day Saints in Branson with Bishop Ryan Sorensen officiating. Full Military rites will follow the services at the church conducted by United States Navy & Vietnam Veterans Association Chapter #913 of Branson.

Memorial contributions are suggested to St. Jude Children’s Hospital in his memory.