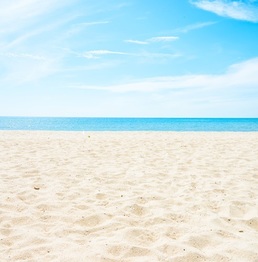 David Clark Warren joined our Lord on March 4, 2020 after a surprisingly brief illness. Dave was born December 25, 1972 to Penny (Forrester) Warren and her husband at the time. He led a full, although too short, life, including seeing the Kansas City Chiefs win the 2019 AFC Championship and the 2020 Superbowl. He was a devoted and loving father and grandfather. Dave was an avid Harley rider, loved the Chiefs, NASCAR, and almost anything sports. When he was young, he aspired to be a rock musician, and although that didn’t work out like he planned he never lost his appreciation and love of music. For most of his adult life he was a welder/fabricator for Skurlock Industries in Springfield, and prided himself on his exceptional skills and dedication to the company. Dave is survived by his beloved and best friend, Karla Hanrahan and his treasured friend and “brother” David Shepherd. He is also survived by his son, Skyler (Courtney) and three grandchildren, Mason, Braiden, and Braxton, his son Caleb Guffey, his sister Kathy Jackson, step-sister Jackie Luttrell, stepfather Don Luttrell, niece Amber Bruton and her daughter Peyton Deke, nephew Dustin Jackson, his cat Oscar, and his dog Apollo. He was preceded in death by his mother, his uncles Charles and Guy Forrester, his grandparents Alphis and Cloma Forrester, and great niece Wynter Deke. We are comforted by the fact that Dave has joined our Lord in Heaven and his mother and relatives, along with many long lost friends. Memorials may be made in the name of David Warren to the Freeway Ministries, to assist in their re-entry program for former convicts wanting to start a new chapter in their life.