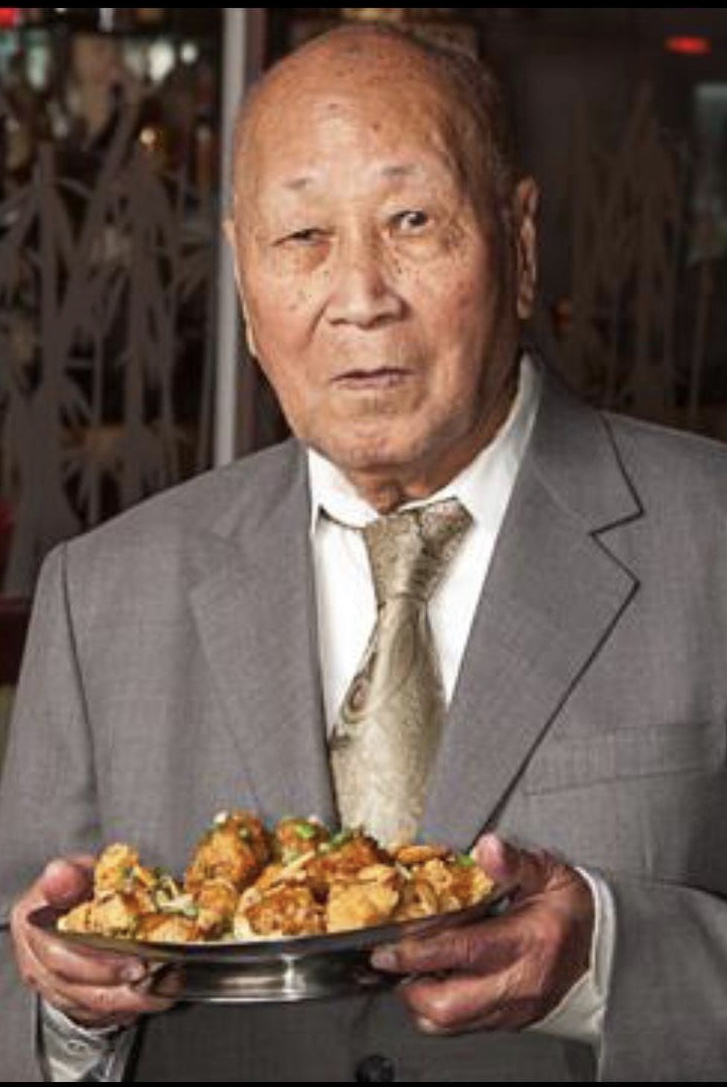 Well-known Springfield restaurateur, David Wing Yin Leong, passed away on July 21, 2020 after a short illness. Renown as the inventor of Springfield-style cashew chicken, David left his mark on the many thriving businesses that carry a version of his iconic dish. Born in Canton (Guangdong), China on August 18, 1920, David immigrated to the United States to support his family at age 20. He enlisted in the U.S. Army in World War II, where he served honorably to help liberate Europe. David was one of a small number of Asians who participated on D-Day, June 6, 1944. He was in the 4thwave of troops to land on Omaha Beach in Normandy. For his service as an American Soldier, he earned his American citizenship. David was recruited by Dr. John Tsang in 1955 to operate the Lotus Garden, the first Chinese restaurant in Springfield. He later became the head chef for The Grove Supper Club from 1957 to 1962. David decided then to go into business with his brother Gee Leong to establish Leong’s Tea House that was in business from 1963 to 1997. Because of the influence of cashew chicken on Springfield’s travel and tourism industry, David received the Springfield Convention and Visitors Bureau Pinnacle Award in 2008. A year later, his story was featured in the dining section of the N.Y. Times. David returned to the restaurant business in 2010, establishing Leong’s Asian Diner with his sons Ling and Wing Yee. He was a daily worker in the Diner almost to the end of his life. In 2013, David was recognized in the U.S. House of Representatives by U.S. Representative Billy Long for both his military service and his influence on Chinese cuisine in Springfield, Mo. David is preceded in death by his beloved wife Shau and his oldest son, Cheong. David is survived by his 6 children, Evelyne Mousted, Ling Leong, Wing Yee Leong, Yim Leong, Wing Loke Leong, and Wing Wah Leong. He is also survived by 5 grandchildren, Jesse, Lanie, Gregory, Nicholas, and Mitchell, as well as 2 great-grandchildren, Hudson and Emme. Visitation will be held on Thursday open to the public from 12:00 p.m. to 5:00 p.m. and for close family members and friends from 5:00 p.m. to 8:00 p.m. at Greenlawn Funeral Home East. Services will be on Friday morning at 10:00 a.m. at the funeral home. Burial will follow the service at Hazelwood Cemetery. The family requests that in lieu of flowers that donations be sent to the Semper fi fund.