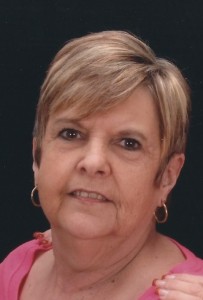 Deborah Louise Chaney passed away on Wednesday, April 1, 2015 at 11:45 a.m. in Cox South Hospital in Springfield, MO at the age of 60. She was born on October 14, 1954 to Anna Bell (Clouse) Temple. Debbie grew up in Springfield, where she accepted Christ at an early age. She attended Central High School in 1970. Debbie enjoyed spending time with all of her grandchildren, dancing, horseback riding and weekly bingo with her mother. She is a 10 year Breast Cancer Survivor.
She is survived by her mother, Anna Temple, a sister Jean Quennoz and husband Wayne, daughters Tracy Hessee and husband Mark, Tiffany Parker and husband Dave, 4 grandchildren, Keelee and Kendra Hessee, Maleka Brown and Makiah Parker, 1 great granddaughter Khloe Kyle, 1 great grandson Jaxson Boyles due in July, a niece Lindsay Parrish, 1 step niece Julie Allen and many friends and extended family.
Debbie was proceeded in death by 2 aunts, Mary Louise Funner, whom she was named after Francis Jane Towry, 1 uncle Donnie Clouse and her brother-in-law Ronnie Parrish.
Visitation will be from 5:00 to 6:00 p.m. Monday, April 6 with services following at Greenlawn Funeral Home East.