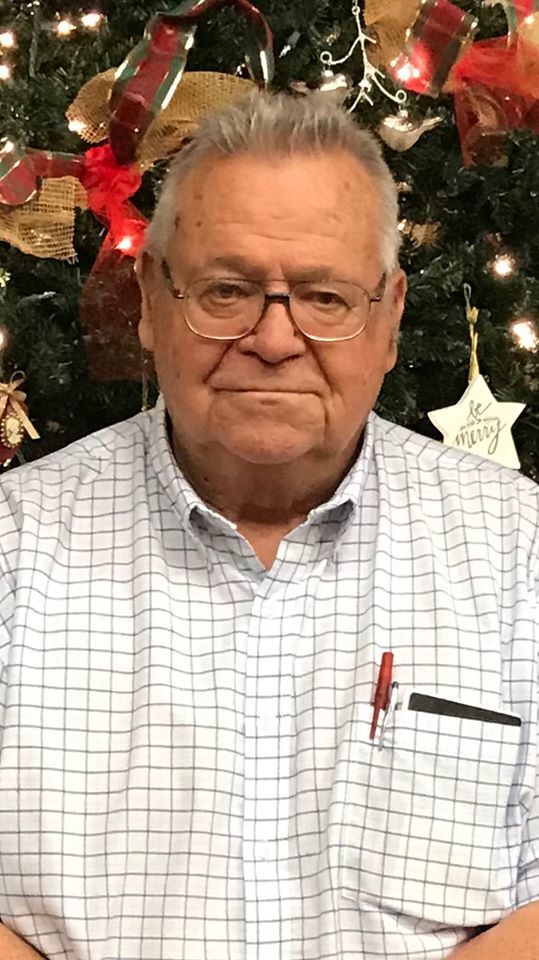 Del Holderbaum, 84, of Willard, Missouri, passed away peacefully on December 9th, 2019. Del was born in Great Falls, Montana on October, 22, 1935 to Leo and Amy Holderbaum. His parents had three children, the oldest of whom and the only son was Del.
In Del’s early years, the family moved to Billings, Montana before settling in Livingston, Montana. He was baptized at a young age at the Episcopalian Church in Livingston. Del attended Park County High School and played baseball. He spent his teenage summers working on the family ranch, Lost Lake, outside Fort Benton, Montana. After graduating from high school he attended college at Central Methodist University in Fayette, Missouri. He started his degree as Pre-Med but later had a calling for teaching. Throughout his college years he would return to Montana for summer break and worked for the Forest Service.
After graduating from college, Del took a job teaching in Missouri. He later met Peggy Collier; they were joined in marriage on June 1, 1963. They spent their first years of marriage in Montana before moving back to Missouri where they started their family in the St. Louis area and had two children, Mark and Cindy. While living in St. Louis, Del briefly worked as an elementary physical education teacher and later for McDonnell Douglas as a computer programmer.
Del’s love of agriculture prompted him to move to Willard, Missouri where they purchased an orchard. Holderbaum’s Orchard became widely recognized throughout Willard and surrounding communities. Del taught and coached at Ash Grove High School from 1976-1980. He then started a career with the Willard School District where he was employed in many capacities for the last 39 years.
Del, also known as “DH”, was a teacher, coach, mentor and friend to many students and peers through the years. He transported students to and from many band, choir and athletic events. He was best known as the official scorekeeper and “the voice of the Tigers” doing public announcing at games for many years. Once, while being interviewed by the local newspaper Del said, “It keeps me young. It’s still fun and exciting to see how the kids mature and develop from freshmen to seniors.” At the 2011 Missouri Interscholastic Athletic Administrators Association Spring Conference he was presented with the Distinguished Service Award for his work with the Willard Athletics & Activities Department.
Del is preceded in death by his parents, Leo and Amy Holderbaum and a sister, Sheryl Larson. He is survived by Peggy, his wife of 56 years; his son and daughter-in-law, Mark and Leasha Holderbaum, of Carthage; a daughter Cindy Garton of Willard, and son-in-law Kelly Garton; three grandchildren, Adam and Abby Holderbaum and Madalyn Sweaney; a sister and brother-in-law, Linda and Bob Wilson of Oregon; and numerous nieces, nephews, cousins and his wonderful caregiver, Wendy Parks.
A visitation will be held at Greenlawn North, 3506 N. National, Springfield, Missouri, 65803 on Sunday, December 15th, 2019 from 3:00 to 5:00 PM. A private memorial will be held for family. In lieu of flowers and if you are so inclined, the family requests that donations be made to the Del Holderbaum Memorial Fund at Freedom Bank, P.O. Box 730, Willard, MO. 65781. Funds will be dispersed to support special projects in the Willard Athletics and FFA Departments.
Del made his home in Missouri but his heart remained in Montana. He was regarded highly throughout the Livingston community and had many wonderful lifelong friends. In August of 2019, Del was able to make one final trip to Livingston for a reunion with those friends, which he was very thankful. So as we say goodbye, however you know him– Del, DH, Doc or Montana Man we say “That’s the ballgame” to our legend at WHS and pray he rest in peace.