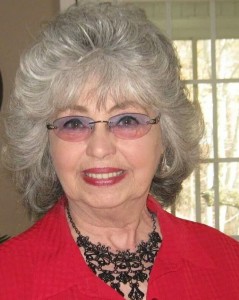 No services are planned at this time for Mrs. Diana Lynn Johnson age 67 of Branson, Missouri. Arrangements and cremation are under the direction of Greenlawn Funeral Home in Branson.

She was born on Sepember 18, 1947 in Nevada City, California the daughter of Joseph and Phyllis Stowe Barry. She had been a resident of the area for the past ten years. She was a retired bartender and was a former member of the Forsyth Lions Club and was a member of the Community Presbyterian Church in Forsyth, Missouri.

Survivors are her husband: James F. Johnson of the home. Her mother, Phyllis Barry of Hollister, Missouri. Three children, Cheri Patterson of Tracy, California, Christie Sanderson of Reeds Spring, Missouri and Joe Johnson of Alameda, California. She also has six grandchildren and two great grandchildren and a sister, Judy Haun of San Diego, California. She was preceded in death by her father, two brothers and two sisters.

Memorial contributions are suggested to the Community Presbyterian Church in Forsyth, Missouri.