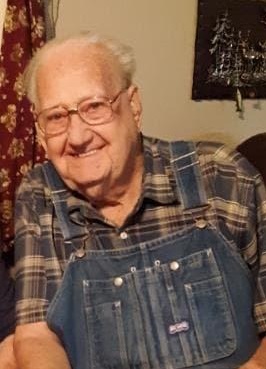 Donald Eugene Matthews, 91, of Morrisville, Missouri passed away on April 29, 2020 at 3:15 a.m. at Mercy Hospital in Springfield. He was born on April 22, 1929 in Walnut Grove, Missouri to Asa Albert and Eunice Ruth (Yates) Matthews. Donald attended Flint Rock School near Walnut Grove, Missouri and joined the United States Army in 1952. While in the Army, he served and was stationed in Juneau, Alaska. Donald retired from Farmco MFG Co. in Springfield and he later drove a school bus for Marion C. Early School District in Morrisville. Donald was united marriage in Doris Lee (Harper) Matthews on May 28, 1955 in Ash Grove, Missouri. He attended the Rose Hill Baptist Church in Willard, Missouri. Donald was an avid fisherman, hunter and outdoorsman. And he loved to include his family in these activities.

A private family service will be held for Donald at a later date. His burial will be in the Ash Grove Cemetery.