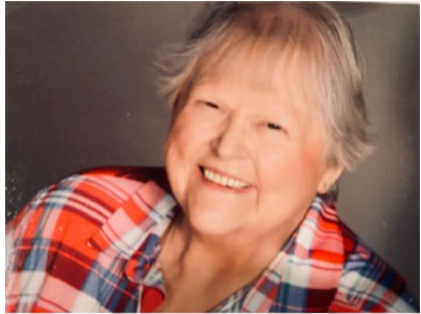 Donna Faye Mullins Rippee, age 74, went to her heavenly home on March 10, 2021, following a battle with extensive health issues. Donna was born in Bakersfield, MO, to Wade and Faye Mullins. Donna graduated from West Plains High School and then attended SMS (now Missouri State University) in Springfield, MO.
Donna dedicated 35 years to the United States Postal Service, where her position allowed her to travel. Among her travels, Donna particularly enjoyed visiting Washington, D.C. where she developed a love for cherry blossom trees.

Donna received many awards. Among those were the Missouri Business Woman of the Year (through Business and Professional Women of Missouri) and the Post Master of the Year.

Donna enjoyed serving her community. She dedicated countless hours to organizations such as The Pregnancy Center, People Helping People, and Brookline Baptist Church. Donna loved serving the Lord and was a member of the Baptist Women’s Group for many years. She was also an avid Gonzaga Men’s Basketball fan.

Donna married William ‘Bill’ Rippee on November 16, 1969, in Tulsa, Oklahoma. During their 51 years together, they raised a family of three daughters while successfully managing their careers. They always attributed their success to having learned very early on to lean on the Lord for guidance, and to always put the Lord first in all decisions.

After retiring, Donna’s biggest joy was spending time with family and friends, especially her only grandchild, William Werbeck.

Donna is survived by her husband William ‘Bill’ Rippee, their three daughters: Gina (Marty) Rippee-Cooper of Springfield, Amy Rippee of Republic, Billie (Ryan) Rippee Werbeck of Republic, and her only grandchild, William Werbeck (age 6), also of Republic. She is also survived by one sister, Wilma Cozort, of Nixa, MO, and several nieces, nephews, and cousins.

Donna is preceded in death by her parents, Wade and Faye Mullins, two sisters, Mary Watson and Betty Babb, and infant twin brothers.

The family will hold a Celebration of Life at a later date.

Donna will be missed by many family and friends whom she loved ‘a Bushel and a Peck’.