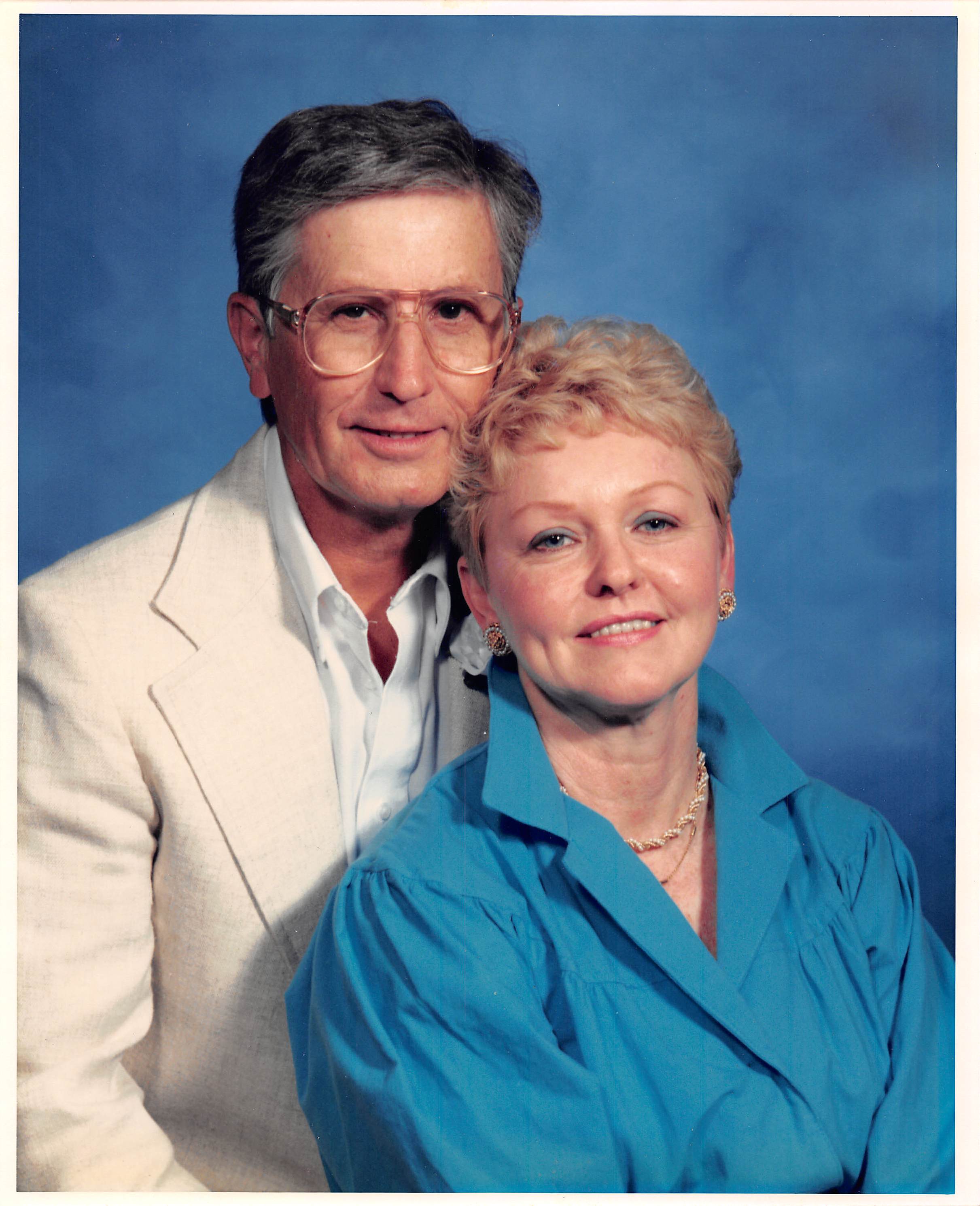 On Tuesday, July 21, 2020, Robert and Donna Butler passed from this life together. Robert (Bob) was 89 years of age and Donna was 83.
Robert Clyde Butler was born on October 26, 1930 in Flat River, Missouri to Eugene and Gladys Butler. He served in the United States Navy from 1948-1950 active duty, and from 1950-1954 in the Naval Reserves. He was Honorably Discharged as an aviation machinist mate. He retired as a sales manager from Prudential Insurance after 24 years. He owned the Gold Mine Pawn Shop in Springfield, Missouri from 1986-2001.
Bob was an avid fisherman. Those who knew him had heard countless fishing stories. He always had his bass boat loaded and ready to go. He usually brought crickets because he said they would always catch something. He enjoyed horses and had many throughout the years. He once owned a trailer that said, “Have Horses, Will Trade,” and a trader he was! Whether it was horses, cars, or boats, he was always on the lookout for a good deal. He planted a garden every year with green beans, cucumbers, squash, peppers, and tomatoes. His neighbors were often gifted vegetables in a plastic sack on their front porch.
Donna Jean Butler was born on November 23, 1936 in Flat River, Missouri to Albert and Grace Akers. She enjoyed reading. You could often find her sitting near a window or on the porch swing lost in a good book. She liked to put puzzles together and usually had one in progress on a card table set up in the living room. She appreciated art. She had an easel where she created pencil and charcoal sketches. She loved animals, big and small. She never met a stray she couldn’t coax into the barn to be fed. She liked to bird watch, and had several bird feeders in the backyard. She often sat on the back porch and admired birds in flight and their colors. She was an excellent cook! Her homemade chicken and dumplings were famous amongst family and friends. She also enjoyed baking. You could often find a treat fresh from the oven on her counter. She was a member of Ozark Family Church in Ozark, Missouri.
Bob and Donna were married nearly 70 years. They were united in marriage on December 22, 1950 and their union brought three children: Scottie Butler, Terry Butler Howard, and Danny Butler.
Bob and Donna began their married life together in Esther, Missouri. They later lived in Flat River, Arcadia, and St. Louis, Missouri. Ozark, Missouri has been their home since 1980. They also had a home in Okeechobee, Florida, where they spent winters.
Bob is survived by his brother Bill Butler and his wife Ronnie of Arnold, Missouri.
He was preceded in death by his sister, Doris Alcorn, and his brother, Richard Butler.
Bob and Donna are survived by their three children: Scottie Butler and his wife Jane, Terry Butler Howard and her husband Don, and Danny Butler and his wife Linda.
Eight grandchildren: Erin Howard Cowan and her husband, Keith; Chad Butler and his wife, Amy; Cale Howard and his wife, Tanya; Emily Butler Young and her husband, Craig; Daniel Howard and his wife, Bridget; Adam Howard and his wife, Amy; Annie Butler Kemp and her husband ,Chris; and Dennis Butler.
Seventeen great grandchildren: Grayson Cowan, Graham Cowan, Ryan Kate Cowan, Erika Butler, Bennett Butler, Finley Butler, Wilder Howard, Carter Young, Owen Young, Evan Howard, Jada Howard, Ian Howard, Macy Howard, Kyle Howard, Everett Howard, Dane Butler, and Newton Kemp.
Family was their greatest joy. Though we mourn their passing, we rejoice that they are together in Heaven.
In lieu of flowers memorial donations can be made to Rescue One or Least of These.
Services for Robert and Donna will be 10:00 a.m. Thursday, July 30, at Greenlawn Funeral Home East.