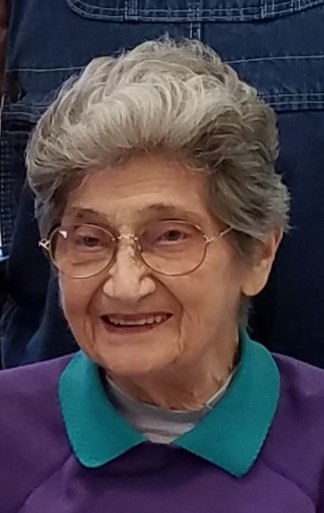 She was born on July 27, 1932 in Triplett, Missouri the daughter of Loren and Agatha Clark Garner.  She had been a resident of the Branson area since 1966 moving here from Northern, Missouri.  She and her husband were the owners and operators of a janitorial service in Branson.  She was a member of the Branson United Methodist Church.  She was united in marriage to Carlos Cooper on August 27, 1950 in Dalton, Missouri and to this union was born three children.

She is survived by her husband Carlos of 69 years.  Three children, Carolyn Gagnepain of Clever, Missouri, Nancy Rankin of Ft. Atkinson, Wisconsin and James Cooper of Branson, Missouri.  Two sisters; Darlene Cooper of Independence, Missouri and Wanda Lockwood of Springfield, Tennessee.  Six grandchildren and 7 great grandchildren.  She was preceded in death by her parents.

Private graveside services are being held at Elliott Grove Cemetery in Brunswick, Missouri under the direction of Greenlawn Funeral Home in Branson.  A Celebration of Life Service will be held at a later date.