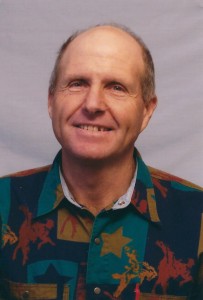 Donnie Gene White joined his heavenly Father on January 25, 2016 following a lengthy illness. He was born December 16, 1952 in Springfield, Missouri to Clifford and Virginia (Faught) White. He was 63 years old.
Donnie was a lifelong resident of the Strafford area where he attended school and had many friends. He accepted Jesus Christ into his life as a teenager and loved his Lord. He was self-employed as a building contractor and built many beautiful homes in the area. He also loved to craft with his hands. He deeply loved his family who were his greatest pleasure. He enjoyed fishing, gardening and farming. He was known to be gentle, fair, conservative, outgoing and caring to others.
Donnie is survived by his mother, Virginia White of Springfield, his much loved daughter Reba Lowery and her husband Ty, and their daughter Remi who is his only grandchild, all of Strafford.
He is also survived by his brother Terry White and his wife Janet of Strafford, his sisters Kay Smith and her husband Duane of Fair Grove, LaTriesa Nelson of Springfield, and Sue Choate and her husband Orville of Nixa, and his aunt Rosemary Gilbert and her husband Dan of Forsyth.
His nieces and nephews include April Witt and her family of Pierce City, LaCinda Jones and her daughter of Nixa, Ben Choate and his family of Nixa, Cherie Daake and her family of Nixa, and Tyler Nelson and his wife of Ozark.
He is preceded in death by his father, Clifford, his brother, Robert White, a nephew Robbie White, his Uncle Joe White, Uncle Richard White, and Aunt Wynelle Anderson.
Visitation will be from 6:00 to 8:00 P.M. Wednesday, January 27, 2016 at Greenlawn Funeral Home East.
Funeral Services will be at 1:00 P.M. Thursday, January 28, 2016 at Hopedale Baptist Church.
Interment will be at Hopedale Cemetery following the service. Donnie White will be missed.