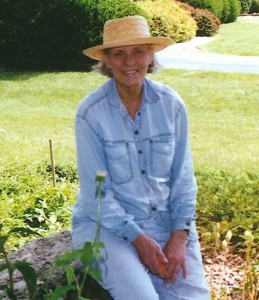 Dorothy Jean Appleton, 86, of Springfield, passed away May 29th, 2015 at Cox South Hospital in Springfield. She was born July 4th 1928, in Chicago, IL; she was a lifelong member of the Lutheran Church. Dorothy attended Augustana College in Rock Island, IL and Notre Dame University in South Bend Indiana where she taught high school English for a number of years. She also worked as a retail associate for Marshall Fields and Dillards Department stores. She was preceded in death by her parents: Frank Nelson and Bertha Nelson a sister Elaine Ritter, Husband Gordon Appleton and a son Gordon Appleton Jr. She is survived by a daughter Janice Hedding and her husband Kris, a son David Appleton, and his wife Michele, five grandchildren: Ben Hedding, Anna Anderson, Jesse Hedding, Dylan and Coby Appleton, and one great-grandchild: Faye Anderson, she is also survived by several beloved nieces and nephews. Dorothy will be remembered as a wonderful wife, mother, grandmother, sister, aunt and friend and will be greatly missed by all who knew her.
A memorial service for Dorothy will be 1:30 P.M. Friday, June 5, 2015 at Greenlawn Funeral Home East. Inurnment will be at Missouri Veterans Cemetery.
In Lieu of flowers contributions may be made to;
Ozarks Public Television 901 South National Springfield, MO -65897 or online at ozpt.org “pledge online”