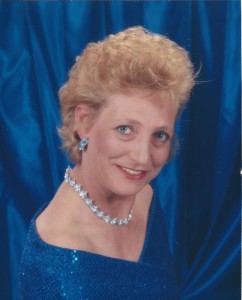 Funeral services Dorothy Louise Heston age 61 of Hollister, Missouri will be held at 6:30 PM, Friday, March 4, 2016 at Greenlawn Funeral Home in Branson with Pastor Gene France officiating.
She passed away on February 28, 2016 at Golden Living Center in Branson.
Dorothy was born on November 22, 1954 in Wichita, Kansas the daughter of Ralph and Margaret Maggie Koob Chase. Before her illness she had worked for several years for Royal Oak Charcoal Plant. She was of the protestant faith.
Survivors are her husband; Don Heston of the home. Her father, Ralph Chase of Reeds Spring, Missouri and children, Stephanie Thompson (William) of Harrison, Arkansas, Teresa Cronin (Michael) of Kirbyville, Missouri, Staci Merriman (Joshua) of Hollister, Missouri. Four brothers, Jasper Chase of Reeds Spring, Christopher Chase of Walnut Shade, Tracy Chase of Branson West and Brian Chase of Reeds Spring. Three sisters, Stephanie Heston of Hollister, Michelle Perryman of Walnut Shade and Cecilia Egan of Tulsa, Oklahoma and seven grandchildren. She was preceded in death by her mother Maggie Chase and granddaughter, Autumn Rayne.
Visitation will be held from 5:30 until service time on Friday in the funeral home.